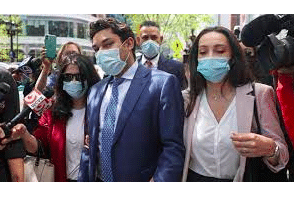 It looks like they want to bring the hammer down on him.

Federal prosecutors are seeking an 11-year sentence for the former mayor of Fall River, Massachusetts after he was found guilty in May of extorting cannabis businesses, the Associated Press reports. Jasiel Correia, 29, was arrested in 2019 on charges of extortion and fraud and was ultimately found guilty on all of the 21 charges levied against him.

In court documents filed last week, prosecutors also asked a judge to order the former mayor to pay nearly $300,000 in restitution to investors and more than $20,000 to the IRS, and forfeit more than $560,000, the report says.

Correia has appealed the conviction and, following the May verdict, was confident he would win the challenge.