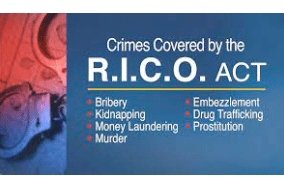 If successful, it could ultimately impact accessibility to medical marijuana in the state.

The lawsuit filed on July 12 hinges on two points: that some medical marijuana was sold with different-than-advertised potency, which is a deceptive trade practice, and that marijuana business is subject to the federal Racketeer Influenced and Corrupt Organizations Act, commonly known as RICO, since large-scale marijuana production and sale is illegal under federal law.

What could be the biggest hit is if the lawsuit is upheld, under its Prayer for Relief section: “Enjoining the RICO Defendants from continuing to engage in racketeering activities to enforce strong federal policy that seeks to reduce the cultivation and distribution of medical marijuana through a complete prohibition on those activities.”

Conceivably this could lead to the end of medical marijuana in Arkansas.

RICO was originally made law to combat criminal gangs. It was later expanded to include drug crime.

The John Does are, per the lawsuit, the law firms, accountants and financial businesses that assisted the marijuana testing and growing companies.

Pete Edwards, Don Plumlee and Jakie Hanan “and all others similarly situated” are the plaintiffs in the lawsuit, which asks to be ruled a class action, the “others.” The three named had at some point purchased marijuana that had a lower-than-advertised potency.

The plaintiffs noticed some of the marijuana they bought seemed less potent than others and sent it off to be tested. The results were that some of it had THC 25% lower than what was advertised and up to 52% lower in one case, the lawsuit states.