A marijuana business out of Oregon is pursuing a federal case challenging the state’s ban on marijuana imports and exports, alleging the law violates the U.S. Constitution. 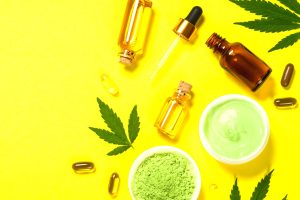 As our Los Angeles marijuana business lawyers can explain, there have been other plaintiffs over the last couple years who have successfully challenged state residency requirements in place for marijuana licensing. They’ve done so by citing the Dormant Commerce Clause, or DCC. This is an implied doctrine in federal constitutional law that prohibits state governments from imposing unfair burdens on commerce between states. The underlying intention of DCC is to promote competition by blocking states from independently regulating interstate commerce. That’s Congress’s job.

Challenges to the residency requirements aren’t exactly the same as challenges to the import/export bans, but they’re pretty close. Constitutionally speaking at least, there appears to be little difference on state residency bans on local marijuana business ownership and bans on marijuana imports and exports.

Per the DCC, Oregon can’t prohibit the export of beef or potatoes or alcohol. Plaintiffs argue that very simply, marijuana should be treated like any of these other exportable goods – notwithstanding the U.S. Controlled Substances Act that categorizes marijuana as a Schedule I narcotic.

The current case challenges the Oregon’s ban on cannabis exports, arguing the law is unconstitutional and further that allowing interstate commerce is in the state’s best interests. Plaintiffs recognize that marijuana remains illegal under U.S. law, but argued the government of Oregon should be supporting the marijuana industry and business owners by stepping back from marijuana export bans. The ban, they say, not only harms the cannabis growers, processors, and wholesalers in Oregon, but also the out-of-state residents who cannot easily access the high-quality product grown and produced in the state without physically traveling there.

There is significant out-of-state demand for marijuana products (particularly in states with more stringent marijuana laws), but Oregon isn’t the only state with import/export cannabis bans.

As our Los Angeles marijuana business lawyers understand, these provisions of the law were largely intended to shield states from federal government action from agencies like the U.S. Department of Justice, which has indicated interstate marijuana trafficking to be a priority for prosecution. However, plaintiffs assert that appeasing perceived federal government enforcement priorities is not a constitutionally adequate reason for a law – particularly when it’s the express policy of the DOJ not to enforce state-legal marijuana activities. This triggers a constitutional separation of powers concern, as it should be Congress (the legislative branch) and not the DOJ (executive branch) authorizing and regulating interstate commerce.

What plaintiffs are seeking is a declaration that the export ban is unconstitutional and an order that the state should be prohibited from imposing a residency requirement for dispensary owners.

Although it’s not clear how the case will be decided, the governor of Oregon has expressed some amount of interest in priming the marijuana market there for engagement in interstate commerce. Three years ago, a bill authorizing the governor to enter into such agreements became law – but it only goes into effect if/when the federal government allows it (and who knows how long that will be). A similar measure was signed by California Gov. Gavin Newsom in September.

Our Los Angeles cannabis legal advocates will be watching these and other developments closely.