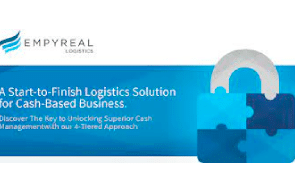 A federal judge refused Monday to issue an emergency order that would have blocked law enforcement agencies from continuing to seize money an armored car company transports for licensed marijuana dispensaries.

Judge John W. Holcomb of U.S. District Court in Riverside said he was not taking a position on allegations by the company, Empyreal Logistics, that the FBI and San Bernardino County Sheriff’s Department were breaking both federal and state law by stopping its vans and seizing the money inside.

But he castigated Empyreal’s lawyers for their legal tactics, saying they failed to meet the high burden of qualifying for a temporary restraining order.

“Empyreal may very well have an excellent case on the merits — the court respects Empyreal’s zeal and does not doubt its sincerity — but Empyreal’s counsel does their client no favors by cutting procedural corners and ignoring the court’s guidance,” Holcomb wrote in a 14-page ruling.

In traffic stops of Empyreal vans in November and December, sheriff’s deputies seized more than $1 million in cash and turned the money over to the FBI for forfeiture. The FBI says it suspects the money comes from illegal drug sales and money laundering, but it has revealed no evidence to support the claim and no one has been charged with any crime.