The legal status of cannabidiol, better known as CBD, the popular extract of the cannabis plant, remains something of a mystery – even after the changes brought about by the 2018 Farm Bill that made low-THC hemp and its derivatives legal. 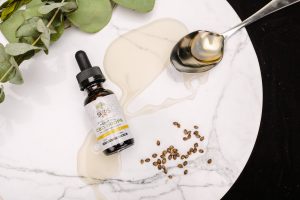 The U.S. Food and Drug Administration had already assumed the position that the substance could not lawfully be sold in food. Now, the agency has released a sharply-worded warning to the public about the possible dangers of CBD and issued notices to more than a dozen large companies that sell it, citing alleged violations of the U.S. Food, Drug and Cosmetics Act. Five of those companies are in California and one is in Los Angeles. Similar warning letters had been sent to other companies.

They are accused of unlawfully selling CBD products interstate for purposes claiming to prevent, treat, diagnose, mitigate or cure disease of a serious nature, like cancer. Some were a double violation because they were included in food products and/or advertised as being dietary supplements. The FDA press release on the warning letters noted that regulators haven’t approved any CBD products, save for those issued by prescription to treat certain rare forms of pediatric epilepsy. Even then, the agency notes that CBD might cause liver injury, but have determined the benefits of treatment outweigh the potential health concerns.