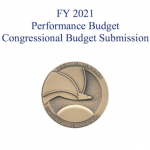 Marijuana Moment have gone through the document with a fine comb, toothpick and magnifying glass and found hidden in the text the following admission……………

In its performance budget submission to Congress for fiscal year 2021, DEA gave an overview of its enforcement efforts and made predictions about future trends. Buried within the document is a subtle admission that giving consumers legal access to cannabis means that demand for marijuana products sourced from the illegal market decreases.

“Yet, until high potency marijuana becomes legalized in Florida, we believe the impact will be minimal on the demand for high-THC marijuana from California and other states,” it continued. “Until then, the potential for abusing current law remains a possibility due to the difficulty in detecting THC potency by law enforcement.”

The acknowledgement seems to be two-parted. Not only is DEA recognizing the simple fact that people tend to prefer obtaining marijuana through legal channels, thus disrupting the illicit market, but the agency also uses the operative word “until” when discussing the prospects of adult-use legalization in the state.