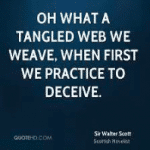 Cannabis and Biotech Board Chair Arrested for Securities Fraud

These people do love to weave tangled webs. Greed really is quite unbecoming

American authorities have charged a number of Vancouver-area public company insiders, their associates and stock touts for an alleged pump and dump scheme orchestrated by a former lawyer tied to the Panama Papers.

That former lawyer, Fred Sharp of West Vancouver, along with Mike Veldhuis of Vancouver and Courtney Kelln of Surrey, stand accused by the U.S. Department of Justice of one criminal count of conspiracy to commit securities fraud and one criminal count of securities fraud, in a case associated with over one billion dollars worth of gross share sales of hundreds of penny stock companies since 2011. 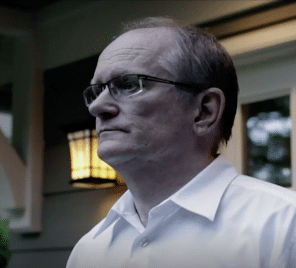 Last Wednesday, Dhillon was criminally charged with securities fraud, conspiracy and obstruction in relation to the case, which stems from an investigation spanning 24 countries.

“This case concerns a sophisticated, multiyear, multinational attack on the United States financial markets and retail United States investors by foreign and domestic actors. These actors schemed to sell fraudulently hundreds of millions of dollars in stocks in the United States markets,” stated the SEC complaint against the eight Vancouver-linked defendants, plus Maryland-based stock tout William Kaitz.

The SEC alleges Sharp orchestrated the complex scheme that saw the company insiders conceal their insider share sales using a network of overseas shell companies listed under nominee owners. Additionally, Sharp used stock touts to “pump” the stocks prior to selling them “surreptitiously” via the shells. The associates helping Sharp with the scheme received payment for their work.

The shares were beneficially owned by Dhillon, Veldhuis and another man criminally charged in the scheme, Luis Carillo of Mexico.

According to the SEC, Sharp allegedly set up an encrypted cell phone network called “Q” and referred to himself as “Bond” to facilitate the deals. 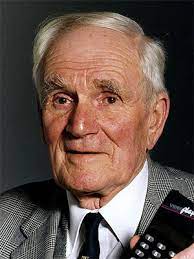 Sharp allegedly deposited stock in two Swiss-based trading platforms, Wintercap and Blacklight, to hide the insiders associated with the stock. Those platforms’ principals have since been charged for various securities violations, including Wintercap’s Roger Knox, who pled guilty in 2020 to criminal acts.

Other evidence laid out by the SEC includes Sharp communicating to a client the following about the so-called Sharp Group’s services: “The service provided is comprehensive; it is not limited to trading. It includes pyaments [sic], loans, private placements and keeping clients out of jail.”

Sharp also lied to satisfy the compliance requirements of the banking and securities firms where he opened a number of accounts, the commission alleges.

The defendants have not been arrested and no court appearances have been scheduled. They are presumed innocent until a judge rules on the case.

“Fred Sharp and his co-conspirators are accused of executing a sophisticated, global con that allegedly bilked unsuspecting investors out of tens of millions of dollars. Investor confidence is essential to keeping our financial markets afloat and actions like the ones these individuals are charged with today chip away at the faith investors place in the process,” stated Joseph R. Bonavolonta, special agent in charge of the Federal Bureau of Investigation, Boston Division, in a press release Monday. 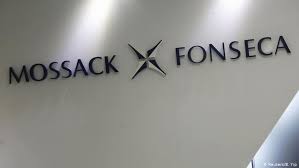 Sharp is previously known for his work with Panama law firm Mossack Fonseca, which had documents leaked to the International Consortium of Investigative Journalists, including the CBC. Sharp helped register 1,167 offshore entities from his Vancouver office, according to the documents, CBC reported in 2016. Such companies are known to facilitate tax avoidance and/or evasion schemes.

Sharp’s dealings have led to a number of lawsuits, including from Friesen against the Minister of National Revenue (CRA).

“In addition to asset freezes and other temporary relief obtained, the SEC is seeking permanent injunctions, conduct-based injunctions, disgorgement of allegedly ill-gotten gains plus interest, civil penalties, penny stock bars and an officer and director bar for Dhillon.”

On Friday, Dhillon resigned from his company, Emerald Health Therapeutics. Inc., which trades at 17 cents per share after peaking over $8 in 2018.

“We would like to thank Dr. Dhillon for his significant contributions to the building of Emerald and wish him all the best in his future endeavors,” said incoming chairman Jim Heppell.