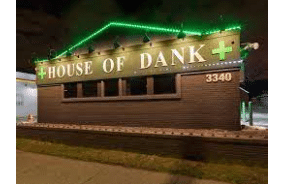 Via The Detroit News

A provision in the ordinance, which was approved last month by the Detroit City Council, doesn’t allow medical marijuana establishments to be eligible to obtain a recreational license for five years. The lawsuit brought by four House of Dank dispensaries — each operating under a unique name — said that wording violates the state’s 2018 recreational marijuana law.

The ordinance, which went into effect April 20, reads: “Commencing on January 1, 2027, any licensees which are holders of one or more licenses to operate a medical marijuana provisioning center in accordance with this article and which have been the holder of such licenses since prior to the effective date of this ordinance, may apply for an adult use retailer license.”

The city’s law department said it had not had a chance to review the complaint and declined to comment Wednesday.

“Specifically, the City is attempting to give certain preferred newcomer applicants an artificial head start by preventing existing medical marijuana provisioning center licensees in the city from even applying until at least 2027 — which clearly violates both the letter and spirit of the Michigan Regulation and Taxation Marihuana Act,” according to the suit.