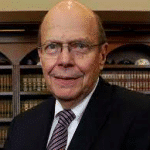 Lowe argued the city “has almost certainly denied” her chances to obtain a license because the city’s “licensing scheme favors certain Detroit residents over other Michiganders based on the duration of their residency” there. The ordinance gives preferential treatment to “legacy” residents of Detroit who have lived in the city for at least 10 years.

In a 19-page opinion Thursday, Friedman issued a preliminary injunction “because the city ordinance governing the process for obtaining a recreational marijuana retail license gives an unfair, irrational, and likely unconstitutional advantage to long-term Detroit residents over all other applicants.”

City staff are reviewing the judge’s order and developing “a revised plan to address the judge’s concerns,” Kim Rustem, the city’s director of the department of Civil Rights, Inclusion and Opportunity said in a statement Thursday.

“In the meantime, one thing is for certain: The city will not issue any recreational licenses unless there is legal assurance that Detroiters will receive a fair share of those licenses,” Rustem added.

Lowe’s lawyers also could not be reached for comment.