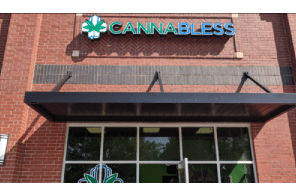 Due to federal law, many banks in the United States are unwilling to accept deposits from the proceeds of marijuana sales.  The Information alleges that Ngo used FMG to open a bank account by falsely stating that FMG was a wellness and fitness company, when in fact FMG engaged in a marijuana-related business.  Based on this false statement, the bank opened an account it otherwise would have not opened.  The Information alleges this fraudulent conduct allowed Ngo and FMG to illegally access the banking system and deposit proceeds generated by Cannabless’s sale of marijuana.

The Information further alleges that Ngo made cash deposits on nearly a daily basis, breaking up or structuring the transactions to amounts below $10,000 to avoid triggering the bank’s transaction reporting obligations under federal law.  According to the Information, FMG laundered more than $770,000 in marijuana proceeds through the bank account during the scheme.

Today, Ngo pleaded guilty to making a false statement to a bank.  As part of his plea, Ngo agreed to forfeit $621,570.00.  At sentencing, Ngo faces up to 30 years and a potential fine of $1,000,000.00.  FMG pleaded guilty to structured money laundering.  As part of its plea, FMG admitted to laundering more than $770,000.  At sentencing, FMG faces a potential fine of $770,000, or an amount equal to the value of the funds involved in the money laundering transactions.

This case is the result of an investigation by the Drug Enforcement Administration, the United States Marshal’s Service, and the Oklahoma Highway Patrol.  Assistant U.S. Attorney Wilson D. McGarry prosecuted the case.

Reference is made to court filings for more information.