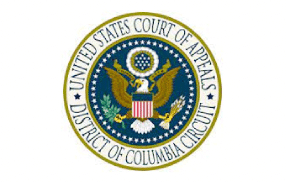 An appeals court in Washington, D.C., has dismissed two lawsuits that the Hemp Industries Association filed to protect manufacturers from the reach of the Drug Enforcement Administration (DEA).

In one of the cases brought by HIA and RE Botanicals Inc., a three-judge panel of the U.S. Court of Appeals for the District of Columbia Circuit dismissed a petition that requested review of an interim final rule (IFR) published in 2020 by DEA.

DEA issued the IFR following passage of the Agricultural Improvement Act of 2018, otherwise known as the 2018 Farm Bill, which legalized hemp that does not contain more than 0.3% delta-9 tetrahydrocannabinol (THC) on a dry weight basis.

The petitioners failed to show how the purported difference between the statute and DEA’s implementing regulation caused them injury, and “the government reiterated at oral argument that the DEA did not intend any difference between the regulatory language and the statute,” according to the June 10 opinion authored by Senior Circuit Judge Laurence Silberman on behalf of the panel.

The D.C. Circuit lacked jurisdiction over the principal issue in the case “not just because petitioners lack injury, but also because we do not even have before us a case or controversy,” Silberman concluded in the opinion dismissing the petition.

The second lawsuit highlighted HIA’s concerns that DEA could enforce against intermediate and waste hemp materials that exceed 0.3% THC during processing. In the IFR, DEA determined “a cannabis derivative, extract or product that exceeds the 0.3% [delta-9] THC limit is a schedule I controlled substance, even if the plant from which it was derived contained 0.3% or less [delta-9] THC on a dry weight basis.”

The D.C. Circuit, however, affirmed dismissal of the action by a district court, which concluded it did not have “subject matter jurisdiction” since issues related to the IFR were within the jurisdiction of the court of appeals. The three-judge panel of the D.C. Circuit also found HIA and RE Botanicals did not allege an “injury-in-fact” to survive dismissal of their complaint.

“Here, the plaintiffs have failed to assert a sufficiently imminent or substantial risk of enforcement against their desired course of conduct: handling hemp byproducts, like [interim hemp material] and [waste hemp material], that exceed the [0.3%] delta-9 THC concentration threshold set forth in the 2018 Farm Bill,” Circuit Judge Karen L. Henderson wrote in a 25-page opinion on behalf of the three-judge panel.

HIA declined to comment on the rulings, and DEA did not immediately respond to an email from Natural Products Insider.