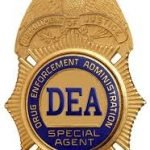 The USA’s Drug Enforcement Administration and Department of Justice have published a Notice of Proposed Rulemaking regarding scientific and medical research on marijuana.

Cannabis research in the USA has been held back by the DEA’s stance on the issue, although it has been increasing the amount of cannabis it wants produced for research over the last couple of years. Last September, it indicated it would “facilitate and expand” scientific and medical marijuana research and last week saw another tentative step in that direction.

The Notice of Proposed Rulemaking, published in the Federal Register today for public inspection, provides details on the proposed process for administering the new program.

“DEA is making progress to register additional marijuana growers for federally authorized research, and will continue to work with other relevant federal agencies to expedite the necessary next steps,” said DEA Acting Administrator Uttam Dhillon.

As to how many growers may be approved under the proposed rule, that’s not clear. The document states “more than one”, which isn’t particularly helpful, but also mentions a couple of hypothetical scenarios – the first in which the number of growers expands to three growers, and in the second, 15.

Currently there are 595 active researchers registered with the DEA, who are conducting research on marijuana, its extracts and derivatives. DEA has boosted the annual production quota for marijuana by 575 percent – from 472 kilograms in 2017 to 3,200 kilograms in 2020.

But the only show in town at the moment for acquiring federally approved marijuana is a farm at the University of Mississippi, and there have been a number of complaints regarding accessibility and quality of material sourced through this facility.

The DEA’s rulemaking process will provide applicants and the general public with an opportunity to comment on the proposed regulations. The Federal Register Notice can be found here – pack a lunch, it’s quite a document. It’s also interesting to see the DEA persisting in referring to marijuana as “marihuana” – but this is due to the way old related laws were written.