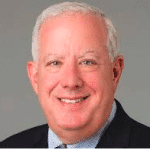 As everyone in the cannabis industry now knows, on July 14, 2021, Senate Majority Leader Chuck Schumer (D-NY) introduced the long awaited proposed Cannabis Administration and Opportunity Act, weighing in at 163 pages. The public can comment on the bill until September 1. In general, the Schumer team worked hard in the months since the Dems took over the Senate to provide a balanced path to federal legalization, albeit with some flaws that hopefully can be addressed. Let’s take a walk through the proposal then a few thoughts on its construction and likely path.

Schumer’s proposal (keep in mind that he is up for reelection in 2022) includes five key pillars:

A number of other issues are addressed in the bill as well, such as:

There are no provisions on banking, but making cannabis legal should remove money laundering issues. The bill also includes grant programs to fund training and education and microloans for the socially disadvantaged to help reduce barriers to licensing.

The bill asks commenters to provide guidance on a few issues, and there remain other outstanding questions, including:

The taxes. Jimmy McMillan became somewhat infamous as a NYC Mayoral candidate in 2005 and 2009 (he also ran for Governor in 2018). His simple mantra (and the name of his “party”): “The rent is too damn high!” I kept thinking of this when I saw the proposed federal taxes. If the goal is to create a market competitive to the legacy sellers, 25% tax, plus applicable state tax (around 13% in New York for example), will be too damn high. Yes there is relief for smaller players, but still. It looks like they treated this more like cigarettes, where taxes are meant more to discourage people from smoking, which should not be the impetus here. It’s possible Schumer believed he needed a higher opening bid knowing it might be pushed down by the Republicans. Other federal legalization bills have taxes more like 5%, which makes more sense to me.

State opt-out. The right of states to opt out makes sense politically, this could help get some Republicans on board as they purport to be in favor of federalism and states’ rights. In a recent statement, conservative Supreme Court Justice Clarence Thomas seemed to suggest he might rule the continued illegality of cannabis is unconstitutional. This may create more incentive for legislators to “beat” the Supreme Court by legalizing with states’ rights protected, to avoid how things like gay marriage were legalized by the Court without allowing states an opportunity to opt out. I concur with allowing states to make their own decisions locally much as is the case with alcohol.

SAFE Banking. It is a shame that Sen. Booker is so adamant in his opposition to SAFE Banking. As we wait for the CAOA to work its way through the system, it would be very helpful to the industry, including many small players, to have easier and more affordable access to banking services. Booker has said he thinks it would put money in the hands of big bankers to pass the bill, but I believe it would be the opposite. Right now banks are charging hefty fees to open bank accounts given the enhanced responsibilities banks have currently. If this were eliminated, many small businesses could be helped. Booker wants to focus on this new bill, but Congress should be able to pursue both simultaneously. And there appears to be bipartisan support for doing something on banking.

Federal regulation. The baseball team size list of government agencies that will be tapped to oversee regulation of cannabis sounds like a nightmare. It may be enough to just have the FDA, FTC and tax authorities and that’s that no? If companies think their legal fees are high now with cannabis federally illegal, just wait until there is actual federal regulation and lawyers have to help you comply with that big pile of red tape.

Social equity. Some have suggested the bill does not go far enough and should require favoritism in state (or federal) licensing towards those traditionally disadvantaged by the war on drugs. Providing assistance with grant programs, education, maybe a preference for micro-business licenses along with conviction expungements, resentencings and avoiding other collateral consequences makes sense and is important. We have, however, seen in some states that provide a preference in licensing that it can lead to “tokenism” where players “adopt” a social equity candidate as a front. I believe this helps no one, especially the social equity player.  In addition, from a purely political perspective, that kind of provision is less likely to be accepted by Republicans, which may be why Schumer and Booker did not include it. A solution might be similar to New York’s approach, with a goal of achieving substantial licensing by social equity candidates as opposed to a mandate.

Conclusion. All this said, as the heading indicates, this is a very positive step forward. The leadership of the Senate is ready to fight for this, even as we know the political reality is challenging with most Republicans opposing and even President Biden still officially against legalization, only favoring decriminalization. Many big changes like these took a bunch of tries. Dozens of bills have been introduced, but this is the first major bill proposed by the Senate. It’s very unlikely to pass on the first try, so then if at first you don’t succeed….