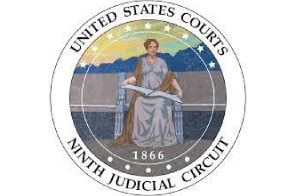 A federal appeals court has dismissed a petition to require the Drug Enforcement Administration (DEA) to reevaluate marijuana’s scheduling under the Controlled Substances Act (CSA)—but one judge said in a concurring opinion that the agency may soon be forced to consider a policy change anyway based on a misinterpretation of the medical value of cannabis.

In a ruling filed on Monday, the U.S. Court of Appeals for the Ninth Circuit determined that scientists and military veterans seeking the scheduling review had failed to exhaust administrative remedies, and, therefore, it dismissed the case without weighing in on the merits.

The lawsuit—filed last year by cannabis researcher Sue Sisley of the Scottsdale Research Institute, the Battlefield Foundation and veterans Lorenzo Sullivan and Gary Hess—received oral arguments in June and largely centers on DEA’s 2020 denial of a one-page marijuana rescheduling petition filed by a separate individual. In its response, the agency argued that marijuana has no currently accepted medical value.

Lawyers for the group appealed that decision, asking the court to order DEA to initiate a formal rulemaking process, which would involve expert testimony and public comment. They said that the agency’s summary dismissal of past rescheduling petitions has not only been unconstitutional but also prevented important research into the drug’s medical potential.