Could a California interstate cannabis bill save state-legal marijuana businesses? 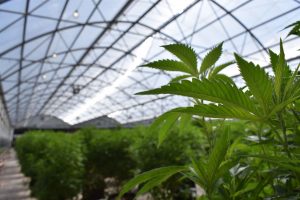 Senate Bill 1326 would give the state governor the authority to enter into agreements between our state and one or more other states for the purpose of allowing state-legal marijuana businesses to do business with each other.

If it passes and is successful that could open the doors to some enticing prospects. As our Los Angeles marijuana business lawyers can explain, it could allow medical-only facilities to ensure ample supply without licensing additional production locally (a potentially big money-saver, given California’s astronomical cannabis taxes). It *might* also mean there is a potential for interstate exports (though that’s purely speculation at this point).

Such an agreement might allow California to ship some of its supply south to Oregon – news that has many Golden State growers excited, given the state’s current oversupply issues.

Of course, this isn’t an entirely new idea, and it was bound to crop up. It’s just that SB 1326 would open the door much sooner than some expected. Whether it actually passes, some are viewing it as smart preparation for what is increasingly being characterized as an inevitable shift on marijuana legalization at the federal level. (Technically, cannabis commerce across state lines is a clear violation of federal drug laws, as the border between any two states invokes federal jurisdiction.)

Such discussions were being turned over in the minds of state legislators just before COVID. The pandemic brought all but the most essential functions largely to a halt. We’re now starting to see some of those waylaid efforts rumbling back to life.

Interestingly, though, the bill also extends more solid protections for cities that are still shy when it comes to cannabis companies coming to town. The law would forbid any marijuana businesses licensed out-of-state to engage in commercial cannabis activities inside California unless they also had a license to operate in California and/or expressly within that local jurisdiction via license, permit, or other authorization. Transferring licenses, though, isn’t off the table.

The provision of the bill likely to lead to the most issues is that which stipulates that any interstate agreement would require the other state to ensure any products grown or produced with the intention of being sold in this state must meet – or exceed – our cannabis product safety standards. As any California cannabis company knows, that’s a tall order.

Whether this measure passes – and how exactly it will work – is likely going to depend a lot on the details. The focus at least initially is likely to look at exports. Before we start considering imports, it’s going to be essential that California’s cannabis industry is stabilized, that our businesses are not only functional but thriving.

Who Benefits – and Who Doesn’t – From Interstate Cannabis Commerce?

The reality is, the question on interstate cannabis sales is not so much if but when. But who benefits?

Our perspective is that the wholesale supply chain is where we’re going to see the sharpest impact in the short run. Interstate commerce will drive an uptick in demand for the highest-quality products, but it’s also going to make the lower-commodity sales items cheaper to source and produce. We’re going to see the industry requiring heavier reliance on logistics providers.

Retailers probably wouldn’t see an immediate shift. Interstate deliveries aren’t all that practical, save for customers in close proximity to the border. If/when the federal law changes, shops are likely to remain licensed at the local level (like liquor) and product shipment is likely to remain unlawful (just like it is for tobacco products).

What’s more, some retailers might be adversely impacted, especially if they’ve invested a great deal in gaining local permitting in areas where permits are heavily restricted.

Interstate sales could definitely allow California cannabis brands to branch out, and gain a larger customer base. What isn’t clear is how doing so might impact the value of local marijuana business licenses – particularly in areas where permits are offered at a premium.