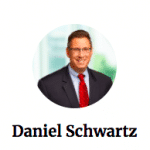 As published to his firm blog and LexBlog.

A new website by Connecticut on cannabis use was announced by Governor Lamont’s administration over the weekend.   Unfortunately, it contains an error regarding the cannabis use and the workplace; it highlights the mess that has been created by the General Assembly on the cannabis bill.

On one section on the workplace, the website lists the following question:

Can my employer prohibit me from consuming cannabis products outside of work?

The answer to that question, until July 1, 2022, is just “yes”.   After all, the provisions of the law that are mainly applicable to the workplace, don’t go into effect until July 1, 2022.  (You can go to line 4422 on page 145 of the bill. I’ll wait.)  Nothing has changed for the most part on the current state of the law for employers. (Medical marijuana, for example, remains permitted.)

But that’s not what the website says. In fact, it states that:

Now, in July 2022, some of this will be true.  However, there’s nothing on the state website to warn people that this portion of the law doesn’t go into effect until another year.

And even the so-called answer is only telling part of the story.  Non-exempt employers AND employees in non-exempt positions will have some protection for off-duty cannabis use unless an employer has a written policy.  But again, that nuance is lost on the website. And what is a “non-exempt” employer anyway? Might the state actually explain what is and is not covered, particularly right now?  And what about an employee who uses cannabis before work (see my 2013 post about people who use the hashtag “#wakeandbake”)  but shows up to work under the influence?

After touting the new website in a press release, it seems somewhat embarrassing to have to explain to someone that the government’s website is just incorrect. But here we are.

So, cannabis users beware. For a more complete summary of the rules and how they apply to the workplace (mainly in July 2022), see the post my colleague Sarah Westby and I did on our sister employment law blog.