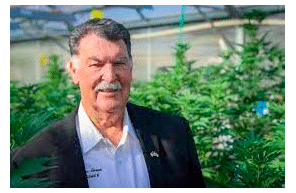 A  Republican Colorado state senator, Don Coram, has allegedly used his political influence with the Colorado State Department of Agriculture and the local Montrose county D.A. to get felony criminal charges brought against three Denver businessmen, who ran a publicly traded Cannabis Company, for an unpaid purchase of biomass from Coram’s hemp company Paradox Ventures. It’s a landmark case that the Hemp industry and legal community is closely watching.

The Montrose country prosecutors used an old law designed to protect food farmers from businesses that resale, package, or store their products and brought charges against the company, United Cannabis Corp, and its executives for two violations of the farm products small dealer act. 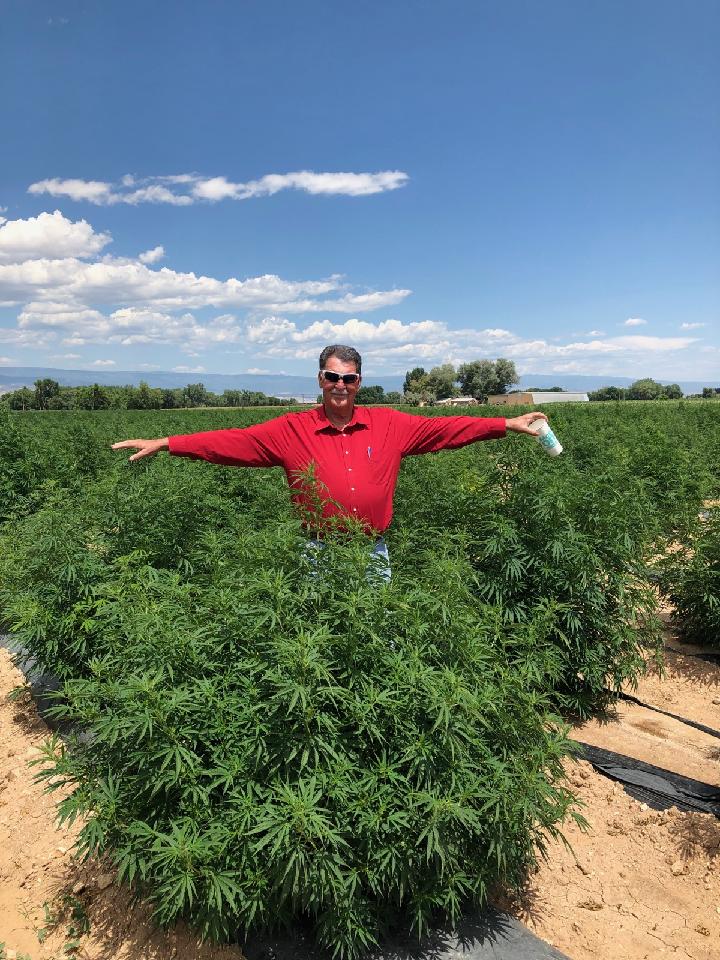 The executives, interviewed by CLR, claim Coram is using his political power to sidestep civil contract law because the unpaid bill stems from the company having to file for bankruptcy, and Paradox Ventures could receive restitution for the unpaid bill via criminal plea deals, thus jumping the line of secured creditors in bankruptcy court.

An internal complaint that was written to government regulators, along with COA reports, also shows that the executives believe Paradox sold them HOT hemp way over the legal level of .03% THC.

Cannabis Law Report has reviewed at least seven Certificate of Analysis reports issued by Aurum Labs a 3rd party vendor for Paradox Ventures from 2019 that showed THC levels of up to .59%.

The COA reports were distributed by Senator Coram’s hemp farm partner Dave Coker when he was pitching United Cannabis Corp to buy biomass from Paradox Ventures. 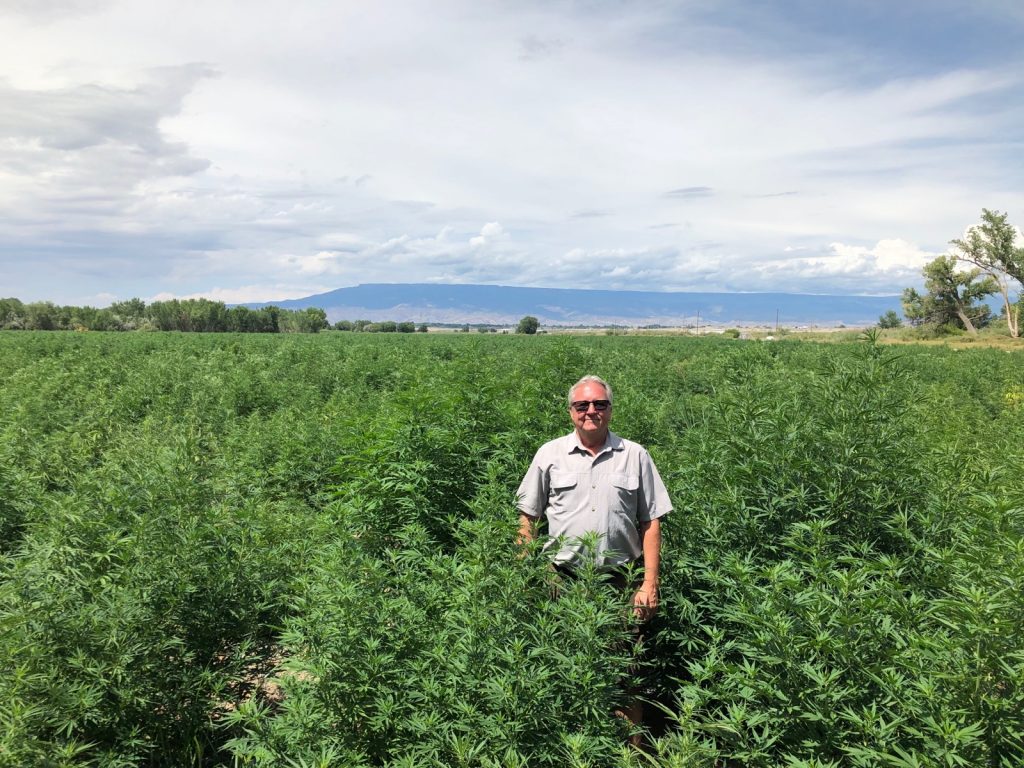 United Cannabis Corp, which traded on the OTC Markets at a high of $5, isn’t the first company that has allegedly been sold hot hemp by Paradox

During a series of investigative stories on the problems at Folium Biosciences, CLR uncovered that Paradox Ventures had also allegedly sold that company hot hemp according to an internal report from Folium’s lab.

One former Folium executive told CLR it was Coram’s perceived political power that convinced Folium’s CEO to pay up. Senator Coram had been instrumental in getting water rights legislation passed that was helpful to Folium’s largest hemp farm partner run by Diamond A Farms.

Coram’s partner, Dave Coker, who runs the day-to-day hemp farm business has not responded to multiple emails asking the company to explain the hot hemp COA reports or their alleged role in getting criminal charges brought against United Cannabis Corp executives.

An internal report written by Leif Jacobsen of the Colorado Dept. of Agriculture said it was Don Coram who first called Brian Koontz, farm products program administrator, to complain about the unpaid bill of $54,812 during the second week of April 2020. Coram had waited at least four months since the biomass was sold at the end of 2019 to file the complaint with the Dept. of Agriculture which coincided with United Cannabis Corp filling bankruptcy.

Coram also asked the Dept. of Ag to follow up with his partner Dave Coker to confirm the details of the biomass deal, according to the report.

The Dept. of Agriculture investigation showed that United Cannabis Corp did not possess a small dealer farm product license and the required bond filed with the regulator. United Cannabis Corp CEO, Earnest Blackmon, told this reporter, based on the advice of his internal council, they thought the company didn’t need the dealer license especially since they rarely bought hemp from Colorado farmers and the Dept. of Ag rarely held cannabis companies accountable.

Even though the Dept. of Agriculture report says they knew the company was bankrupt the regulator still sent out a cease and desist letter on April 29th, 2020. United Cannabis Corp said by the time they had received the letter the company had already ceased business in Colorado.

Seven months after the C&D letter was sent, court records obtained by CLR, show Montrose Deputy D.A. Jason Wilson signed a formal complaint of two felony counts against the company, the CEO, a board member, the CFO, and a consultant who initially introduced the two companies. The class 6 felony charges were filed on December 9, 2020  ……….for being an unlicensed farm products dealer/agent and for not having a bond in place with the state.

The case appears to have been rubber-stamped without much due diligence on the part of the local D.A. Seth Ryan. One of the defendants named lists the CFO’s son who bore the same name as his father.  Additionally, since the consultant wasn’t an officer or director or named in any company documents filed with the SEC or Colorado Secretary of State, the letter of the law regarding liability or scienter of the charges could not fall on them.

Neither individual had the decision-making power to pay bills or obtain a dealer license, according to two Colorado lawyers who reviewed the case for CLR.  What is also odd, is why the remaining board member was not charged, instead, it appears only people who were cc’d on an email chain about the sale of the biomass, started by Coram’s partner Coker, were charged.

Discovery in the case makes it appear it was Paradox Ventures who picked and chose who they wanted the D.A. to charge when they allegedly turned over the email to the Montrose D.A.

One individual who worked with United Cannabis Corp told CLR they think this wasn’t anything more than a targeted witch-hunt to have Coram’s business interest use the State justice system to act as his own collection agency. The individual is familiar with the case details and spoke on condition of anonymity for fear of retribution from Coram.

The consultant was eventually kicked out of the case and the initial charges were sealed after Deputy D.A. Wilson couldn’t explain why he was charging the particular individual to the judge and the defense lawyer, according to a person familiar with the case.

It wasn’t till five months after the initial complaint that United Cannabis Corp CFO was officially charged in the case during the first week of June 2021 and his son was eventually dropped from the case for mistaken identity.

The CEO, Ernie Blackmon, and board member Chad Ruby, initially were going to fight the case but after they were counseled that this was a “hometown job” in Senator Coram’s home town, they plead down to a misdemeanor charge and agreed to each pay one third of the outstanding bill in restitution to Coram’s Paradox Ventures. Blackmon has subsequently started a new cannabis-related company.

The CFO isn’t backing down though and his trial date is scheduled for August 2022. What is odd is that discovery and the charging docs show that Dave Coker is a witness in the case but not Don Coram, who was the person that made the initial complaint with the Dept. of Agriculture.

Also Deputy D.A., Jason Wilson, is a witness in the case he is the lead prosecutor on.  Attorney Wilson was asked by CLR when Coram or his affiliates approached the D.A.’s office about bringing the charges but he wouldn’t answer saying instead that the case was still open and he was not in a position to talk about it. Wilson was also asked why he didn’t list Coram as a witness and to explain why charges were dropped against two initial defendants.

Coram, a long time Montrose, Colorado resident prides himself on fighting for rural people in Colorado. He rents his home in Montross and is a silent partner in his son’s local coffee shop. Coram is also now running for U.S. Congress.

As of last week the local media officially announced his run in the Republican’s primary against the incumbent and Freedom caucuses member Lauren Boebert. Boebert, who recently beat out Coram’s friend Scott Lipton a five term U.S. congressman, is also a native of  rural Colorado, a Trump supporter, and owns a bar.

Coram’s apparent longtime conflicts of interest have caught the attention of Boebert’s team.

A website launched in January by the congresswomen’s campaign is called CorruptCoram.com. (see below) The website details how much money they think Coram has made off the State’s cannabis legislation he spearheaded.

A review of open records shows a Colorado political PAC called Cowboy Up is listed at the address of Coram’s Montross home and has Coram listed as the registered agent. Coram’s campaign team could not be reached for comment about the CorruptCoram website. 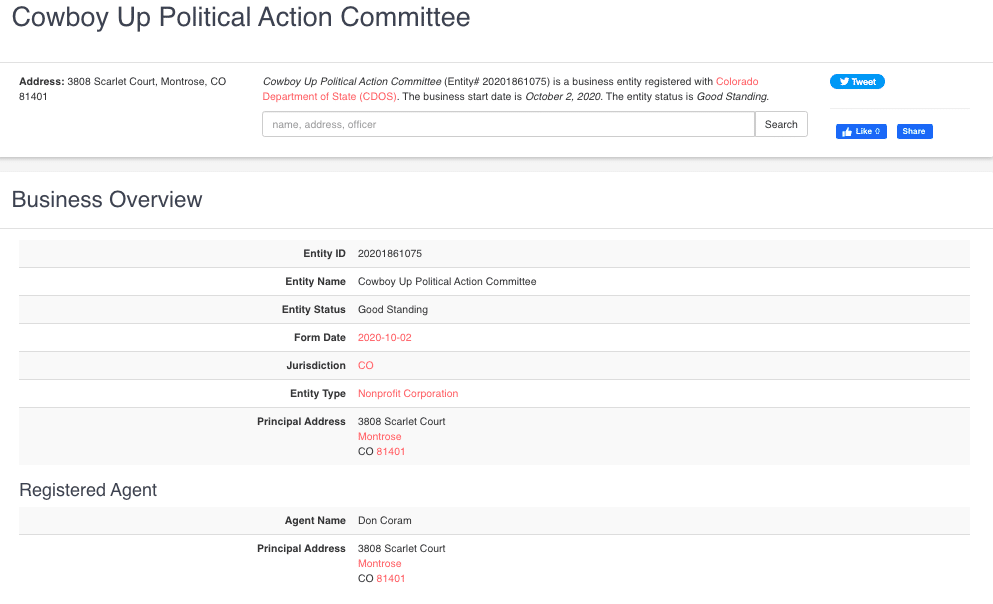 Dept of Ag – Case Synopsis and Cease and Desist Order