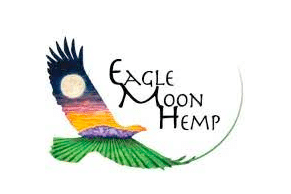 The complaint alleges that the defendant had made “material representations of fact regarding the High Capacity Extraction Machine” that they manufacture; according to the plaintiffs, these representations would then prove to be false later on.

Some of the claims raised by the plaintiff included statements that the extraction machine “could reliably process one thousand pounds of hemp per day”, as well as already having sold a similar machine to another customer that has been successfully been working in Oklahoma.

The plaintiff alleges that once these claims were made by the defendant, they entered into a business agreement for the purchase and installation of such machine and another similar machine, said to handle a smaller amount of hemp; both of these machines would be installed within ninety days of the signing of the agreement.

According to the plaintiff, once the time came to install the machines they arrived after the date specified in the signed agreement and they did not produce as much as the defendant had claimed. The machines allegedly had been inoperable for “more than fifty percent of the time” from the date of installation to February 202 as many defects were found.

The plaintiff is being represented by Sommer, Udall, Hardwick & Jones. P.A.