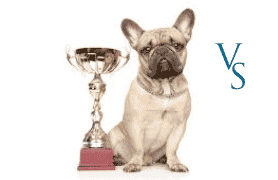 Here’s the pleased as punch VS press release..

The firm received a top nationwide ranking in the prestigious legal directory for the fourth straight year, as well as individual recognition attorneys in Denver, Boston, Los Angeles, and New York

DENVER — Vicente Sederberg LLP (VS) was once again recognized by Chambers and Partners as a top cannabis law practice in the U.S., and five of the firm’s partners were individually ranked among the nation’s top cannabis attorneys. VS has received a Nationwide Band 1 ranking from Chambers in all four years since the Cannabis Law section was added.

VS also once again received the Chambers USA 2022 award for “Cannabis Law – Law Firm of the Year,” topping an impressive field of nominees that included AmLaw 100 and Global 200 firms. This is the second time VS has won the award in the two years since it was created. This year, the Chambers Awards cited VS’s “impressive range of work throughout the past year” and noted “the team is widely respected throughout the market.”

“We’re honored and extremely proud to receive this prestigious recognition for the second year in a row,” said VS founding partner Brian Vicente. “This award is a testament to the talent and efforts of our incredible team of professionals, as well as our many incredible clients and colleagues.
“Because our firm specializes in cannabis law and policy, we are often at the forefront of addressing the newest and most complex legal issues that arise in this space,” Vicente said. “It is extremely rewarding to have that work recognized by such a prestigious publication. Chambers’ inclusion of a cannabis law category is a sign not only of how far the field has come, but also how much further it is expected to go.”

Chambers is highly respected among legal professionals and business leaders for its deep analysis of law firms and attorneys across industries and across the globe. It has a team of more than 200 researchers who conduct thousands of interviews and other forms of independent research to assess technical legal ability; client service; commercial vision and business understanding; diligence; value for fees; and depth of experience.

The 2022 edition of the prestigious legal directory gave VS a Nationwide Band 1 ranking in its Cannabis Law section, with the editors noting the firm is known for being “one of the country’s few law firms specializing in providing advice to businesses operating in the cannabis sector.”

Chambers highlighted the following interviewee comments as examples of the firm’s strengths:

“I am always pleased with the level of service I receive from the firm. They are on the cutting edge of the industry and always in the know about changes on the horizon.”

“Vicente Sederberg has never backed away from any matter involving complex cannabis regulatory issues. The firm is well known and respected among regulators.”

“The attorneys provide very thoughtful advice; they are hard-working and focused on making things as easy as possible for us.”

Denver-based practitioner Brian Vicente is a leading light in the cannabis market, where his practice focuses on assisting clients with license and permit applications.

Cassia Furman is particularly strong in guiding cannabis businesses through the framework of industry-specific regulations at the state and federal level.

Charles Alovisetti practice focuses on the regulations affecting cannabis businesses, including those engaging in cross-border M&A.

Christian Sederberg is known for his considerable contribution to the State of Colorado’s regulatory environment.

Shawn Hauser specializes in advising producers and manufacturers in the industrial hemp industry.