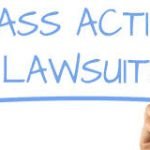 The Canadian Broadcasting Corporation reports on the flood of upcoming lawsuits being filed against Canadian listed cannabis companies.”Although the allegations vary, each pot producer is accused of misleading investors or failing to disclose certain problems with their businesses. When those problems became publicly known, the lawsuits claim, share prices plunged and investors were stuck with losses.”

Some of Canada’s biggest cannabis producers are facing proposed class-action lawsuits in the United States after investors were hit with steep financial losses in the stock market.

Although the allegations vary, each pot producer is accused of misleading investors or failing to disclose certain problems with their businesses. When those problems became publicly known, the lawsuits claim, share prices plunged and investors were stuck with losses.

“[Investors] are mad; they were taken by surprise,” said Reed Kathrein, a lawyer at Hagens Berman Sobol Shapiro LLP, which is pursuing claims against all three producers.

None of the allegations have been proven in court.

Each of the companies declined to be interviewed for this story. Canopy and Aurora denied the allegations in brief statements, while Hexo said only its lawyers are reviewing the claims.

Even if the lawsuits aren’t successful, they could still pose challenges to companies that are trying to win over investors, said Brad Poulos, a lecturer at Ryerson University’s Ted Rogers School of Management.

“Anytime there’s uncertainty about the future of a company, that’s going to create uncertainty in the minds of shareholders,” Poulos said.

“As the market determines the likelihood of a suit being successful, that will start to get priced into the stock,” he said.

The cases against these three companies have attracted the attention of at least nine legal firms because of a feature of U.S. law, Kathrein said. After an investor’s lawyer files an initial securities lawsuit, they publish a notice, which gives other investors 60 days to apply to the court to become lead plaintiff in the case.