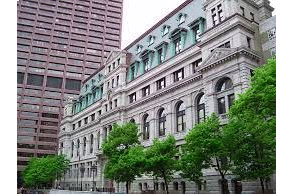 BOSTON (CN) — In a pair of test cases for how much control local governments can have over the burgeoning marijuana industry, the Massachusetts high court handed two victories Monday to a pot shop owner who has been fighting neighbors and a town for the right to operate a for-profit weed business.

With marijuana now completely legal in 17 states and medical marijuana permitted in 19 others, the question of how far local regulation can go is becoming a hot topic nationwide.

The Massachusetts cases turned on how to interpret specific language in state laws, but the larger picture is that the court wants to embrace the state’s 2016 referendum completely legalizing pot and brush aside attempts by municipalities to use picky rules to restrict access, said Jason Talerman of Mead, Talerman & Costa in Millis, Massachusetts, the winning attorney in both cases.

“The mood has changed” since 2017 when these cases were filed, he said. Back then, “there was a sense that the sky was falling” among a lot of conservatives, but today, even in the state’s more conservative communities, pot sales “have become kind of a nothingburger.”

Talerman points to Uxbridge, “a middle-of-the-road working-class community” that has enthusiastically embraced pot sales as a way to bring in jobs and revenue. In Millis, a town of only 7,800 people, marijuana contributes $2 million annually to the community, the attorney said.