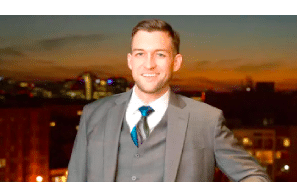 The National Organization for the Reform of Marijuana Laws is pleased to announce the addition of Morgan Fox to its national staff. Morgan Fox will serve as NORML’s Political Director, taking over the position from outgoing NORML staffer Justin Strekal. Mr. Fox will work out of NORML’s Washington, DC headquarters.

Morgan Fox has worked professionally as a cannabis policy reform advocate since 2008, and he has been directly involved in dozens of state ballot initiative campaigns to establish medical and adult-use cannabis programs, among other successful campaigns at the local, state, and federal levels.

Prior to coming to NORML, he served the Media Relations Director and chief spokesperson for the National Cannabis Industry Association (NCIA). Before that, he spent nearly a decade at the Marijuana Policy Project (MPP).

“After spending my entire career trying to reform our country’s disastrous marijuana laws, it is truly an honor to be a part of the organization that started it all,” Fox said. “We have never been closer to substantively changing federal cannabis policy, and the experience, historical context, and dedication that NORML represents is absolutely vital to achieving sensible reforms. I look forward to working closely with Congress and our allies to continue the efforts to end prohibition, repair the harms it has caused, and enact new policies centered on science, safety, and justice.”

Departing Political Director Justin Strekal worked with NORML for more than five years and he will continue to stay active in the marijuana policy reform movement.