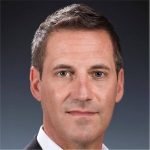 Lawmakers in several states have sought to limit the amount of THC in cannabis – moves that, if successful, would likely result in costly business adjustments, loss of sales to illicit markets and other disruptions.

Marijuana industry officials fighting back against the limitations say the proposals are based on questionable science, including a controversial study that suggests a correlation between high-potency marijuana and psychosis.

Industry watchers predict the efforts to cap THC at levels of 10% and even lower will likely fail this year. Some states have already watered down proposed measures or abandoned them.

THC limitations proposed nationwideBut the anti-THC trend is worrisome to the cannabis industry and an issue many say businesses need to keep an eye on.

“There is clearly an agenda taking place with the same speaking points in multiple states,” said Todd Beckwith, director of corporate affairs at AltMed Florida, a medical marijuana operator with 18 dispensaries in the state.

AltMed is part of an industry effort fighting various proposals in Florida, in part by alerting and encouraging customers to voice concerns to local representatives.

He cited one striking example of a witness at a Florida legislative hearing referring to a 19th century study at a mental asylum in British colonial India that concluded excessive use of cannabis exacerbates mental issues.