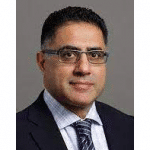 A cannabis and biotechnology entrepreneur was arrested and charged with securities fraud over his secret sale of shares in two companies in which he served as board chairman.

Avtar S. Dhillon, 60, executive chairman of medical marijuana firm Emerald Health Therapeutics Inc., was arrested Wednesday on charges brought by federal prosecutors in Boston, who said he made more than $2 million from the scheme.

Dhillon, a Canadian national living in California, will make his initial appearance in federal court in Boston at a later date. A lawyer for Dhillon couldn’t immediately be identified. Vancouver-based Emerald Health declined to comment on Dhillon’s arrest.

According to the government, Dhillon concealed from regulators his ownership of millions of shares in Arch Therapeutics Inc. and OncoSec Medical Inc., two microcap biotech firms. He was board chairman at Arch from 2013 to 2018 and OncoSec from 2011 to 2020.

Dhillon and a co-conspirator “made false and misleading representations in order to deposit and then sell the shares in the open market to unsuspecting investors,” the government said.

From 2005 to 2009, Dhillon was chief executive officer of Inovio Pharmaceuticals Inc.