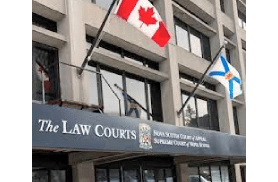 The Supreme Court of Nova Scotia has approved a $2.31-million settlement in a class action lawsuit against Organigram Holdings Inc. over tainted cannabis.

Kate Boyle, the partner with Wagners Law Firm who argued the case before the court, said the settlement is, in essence, a refund of the amount of money spent on the affected product.

“That is kind of the nature of the consumer claim – that are the economic damages arising from the breach of contract and the fact that, basically, class members didn’t get the product they bargained for,” Boyle said.

The settlement will cover a large portion of the refunds for the 3,544 members involved in the class action lawsuit against Organigram, minus any funds they’ve already received.

In 2016 and 2017, trace amounts of pesticides bifenazate, myclobutanil, and malathion – substances that aren’t authorized for use on cannabis plants – were found in some of Organigram’s medical cannabis products.

Organigram voluntarily recalled 74 batches but the class action concerns consumers who bought the tainted cannabis before the company recalled it.

“We attempted to certify the adverse health consequences claims as our representative plaintiff and a number of other class members had complained of a myriad of symptoms they suffered after consuming marijuana that had myclobutanil and bifenazate,” Boyle said.

In the lawsuit, class members alleged that they didn’t receive the product they bargained for and should be provided with a return of the purchase price.

The lawsuit initially focused only on refunds but was later expanded to include personal injury claims, with class members complaining of symptoms while consuming the product.