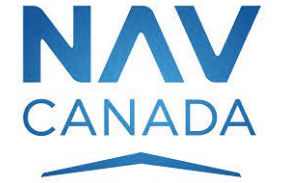 The employee was originally terminated after consuming cannabis while attending a company training course.

An employee with Nav Canada, which runs the air navigation system over Canada and part of the North Atlantic Ocean, has been placed on unpaid suspension for a year for violating the company’s drug policy, an Alberta arbitrator has ruled.

The employee, who works in a safety-sensitive position in Vancouver, was originally terminated after the worker consumed cannabis while attending a course at the company’s training centre in Ontario, according to HR Reporter.

Nav Canada’s employee policy does ban the possession, distribution, sale or consumption of cannabis at all times on Nav Canada property or while on duty, but the company failed to consider mitigating circumstances before terminating the employee, the arbitrator ruled.

While attending the training seminar, the employee reportedly consumed cannabis on two consecutive evenings to help fall asleep. The chief of security at the centre then notified the employee about complaints of a cannabis smell emanating from the room and asked the worker to refrain from consuming cannabis anywhere on Nav Canada property.

After completing coursework the following day, the employee smoked cannabis while on a walk outside. The centre’s manager then moved the employee to a different room while the worker called a manager and explained the cannabis consumption was prompted by stress and the death of a family member.

When the employee returned to Vancouver, the person admitted to being aware of the company’s drug and alcohol policy, but didn’t know that it applied to the training centre. The employee was terminated shortly thereafter.

The union representing the employee argued the termination was excessive due to the migrating instances around the employee’s cannabis consumption, adding that the worker consumed the drug outside and the veteran employee was cooperative during the investigation.

Under the Canadian Human Rights Act, employers have the “obligation to accommodate to the point of undue hardship an employee who has identified as having a disease, injury or disability, including substance dependence and medical authorizations to use cannabis for medical purposes.”

“It wasn’t happening during working hours and it wasn’t happening when the employee was working in a safety-sensitive capacity — certainly the arbitrator considered this isn’t [someone] who was using cannabis and then was engaged in potentially dangerous work, notwithstanding the issues of use and then attending work within some period of time after use,” Calgary-based employment lawyer Dylan Snowdon told HR Reporter.

The arbitrator ruled that while serious repercussions were reasonable, termination was excessive. A one-year unpaid suspension was deemed to provide “a strong specific deterrent for the [worker] and a significant general deterrent for other employees.”