Calls around the country to “defund the police” have been growing, with social activists decrying the systemic racism apparent in the criminal justice system and insisting many of the problems we trust to law enforcement agencies can be better handled by social service networks. Meanwhile, California’s Bureau of Cannabis Control has been looking to hire more law enforcement. 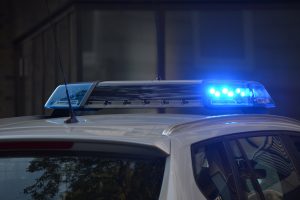 The Sacramento Bee reports the BCC’s latest budget request calls for the creation of nearly 90 new police officers who would be tasked with enforcing the 2016-passed Prop. 64, which legalized recreational marijuana. This new branch of law enforcement would involve absorbing nearly 60 positions (47 sworn) from the Department of Consumer Affairs’ Cannabis Enforcement Unit and then hiring about 30 more.

BCC Vows to Crack Down on Black Market Sales

As our Los Angeles marijuana attorneys understand it, the main goal of the new LEO division? Illicit market cannabis control. The request comes three years after the state’s first recreational marijuana sales took place. Last year, the BCC seized more than two dozen tons of black market cannabis. While the legal market made about $3 billion, the under-the-table cannabis trade racked up more than $8 billion in sales.

An affiliate of the union representing the existing BCC employees argues that millions of units of untested product sales statewide put the public in danger by bypassing labeling and testing rules and failing to ensure the substance doesn’t fall into the hands of kids under 18. Plus, it jeopardizes above-board businesses.

Duties of the new police officers would include investigating criminal activity and unlicensed pot shops, as well as helping with on-site inspections. The BCC opines the agency will likely handle some 2,000 cases a year. If the agency were to continue at current staffing levels, the agency said that would amount to hundreds of cases backlogged. They insist only police officers would have the authority to carry out certain duties, such as seized unlicensed marijuana and related products, make arrests, verify unlawful possession of a firearm, request search warrants from judges or review criminal justice databases. The budget requests indicates that currently, their investigations sometimes overlap with local law enforcement efforts because their office cannot review criminal records.

But are more police really the answer? The BCC and some law enforcement agencies are partially funded by legal marijuana sales. This helped to sell the whole idea of Prop. 64 to more conservative voters. In fact, public safety was promised 20 percent of the estimated $ 1 billion in annual tax revenue the Adult Use of Marijuana Act was expected to generate. That created controversy from legal marijuana advocates when it was first proposed, but it was purportedly necessary to get the measure passed.

Should Police Still Get a Cut of Cannabis Profits?

Some could argue that paid off. While law enforcement lobbyists still opposed the measure, they didn’t launch a massive counter-offensive, and the law passed.

Cannabis legalization was also sold as a means to lower costs for law enforcement. After all, if possession and sales of marijuana is no longer criminal, that should amount to fewer investigations, arrests and incarcerations.

Yet police departments still argue that legalized marijuana is going to require more money, more resources, more labor – and that’s why they deserve a cut. Scholarly research is conflicted.

For instance, one study found that traffic deaths per million initially rose by one in three states where marijuana was first legalized for recreation. However, those rates returned back to normal after the first year. Another analysis revealed that three years after legalization, there was no significant uptick in fatal crashes.

Roadside searches of motor vehicles and individuals, meanwhile, did tumble by more than half in Washington state and Colorado following legalization. This aligns with what our Los Angeles marijuana defense lawyers have long known: Traffic stops are one of the primary means that law enforcement has kept the War on Drugs alive. And that, we know, has had out-sized and deadly consequences for African Americans.

And despite the high taxes imposed on legal cannabis businesses to help fund police efforts, police have largely been unsuccessful in shutting down illegal operations.

After the murder of George Floyd in late May, police in riot gear and armed with chemical agents were present at every major city in California to meet protesters. Meanwhile, organized and armed robbers burglarized countless legal cannabis businesses – some more than once. Several reported police failed to notify other owners of this known threat. Numerous business owners told The Daily Beast it took hours to respond, despite store owners being held at gunpoint. The product they made off with is now money no one is getting.

If cannabis business funding were to be diverted from law enforcement sources, it would likely need approval from voters to alter existing law, or else action from the state legislature.