As of this month, parents and guardians are allowed under California law to administer medical marijuana products to K-12 public school students. 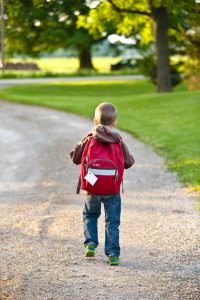 Although the law is controversial, it is not without precedent. Eight other states (Colorado, Washington, New Mexico, Illinois, Florida, Delaware, New Jersey and Maine) also allow medical marijuana to be administered to children on campus. Thus far, none of those schools that allow this practice has lost federal funding.

California became the first state nationally to decriminalize medical marijuana back in 1996. Children with certain conditions and disabilities were prescribed the drug even then, but the question of whether or how it should be administered to children in a school setting wasn’t resolved – until now, with the passage of Senate Bill 223, also known as JoJo’s Act.

JoJo’s Act was named for a teenager in San Francisco with severe, potentially life-threatening seizures that are effectively treated with doses of cannabis oil. The law enables school district boards, county boards of education and governing bodies of charter schools to decide whether to give the parents or guardians of a student permission to administer medical cannabis.

There are, however, a number of strict limits, and school boards do not have to approve these requests. Among the guidelines that must be met:

It’s important to underscore the fact that this law does not establish a mandate. Schools are not required to allow medical marijuana to be administered to students, and if they do not adopt the policies locally, the practice will still be prohibited. However, before this law passed, possession and use of cannabis within 1,000 feet of a school was against the law.

The change came about in large part because of increasing recognition that the pediatric conditions treated most effectively by cannabis do require regular administration. To get around this law, parents and guardians were having to pull their children out of class and out of the school building to give them their daily doses.

The law allows for some flexibility while creating some clear guidelines but also allowing local governing bodies to create medical cannabis policies that will best suit their students.