Although cannabis is now legal in some form in more than half of the U.S., shipping it across state lines is still a crime for which people across the country are being arrested. This is true even in cases where it is being shipped between two states where it’s legal in recreational form. That’s because it’s still very much illegal at the federal level. 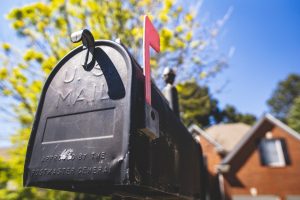 The U.S. Postal Service is a federal entity, so federal law applies (even if you’re using another carrier, such as FedEx, DHL or UPS). Whether you ship marijuana intrastate or interstate, you risk being charged with marijuana trafficking, for which there are minimum mandatory federal prison sentences depending on how much product has been moved.

Industrial hemp and its derivatives are the exception under the 2018 U.S. Farm Bill, but even that has proven problematic (just ask long haul truckers).

Shipping products is likely one area of the legal market that marijuana advocates will want to explore in the upcoming years, as it could broaden their potential market reach exponentially. However, it’s probable nothing will change until marijuana is no longer considered an illegal substance under federal law. It’s currently listed as a Schedule I narcotic, among the most dangerous and with no accepted medical purpose. (The designation is of course preposterous, but for now, it remains.)

Those wishing to transport marijuana from Point A to Point B need to discuss their legal options with an experienced Los Angeles marijuana lawyer who can offer advice on how to remain within the parameters of the law. Those arrested on drug trafficking charges for shipping marijuana should also seek the assistance of a marijuana defense lawyer who will be prepared to help you fight the charges.

Among the recent cases of criminal charges for shipping marijuana:

It’s not clear whether any of those on the shipping end will face charges, but it’s imperative all defendants in these situations seek immediate, experienced legal counsel.

May trial set in case of pot shipped through mail, Jan. 13, 2020, By Travis Svihovec, The Bismarck Tribune