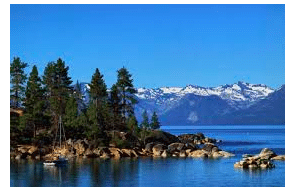 A marijuana dispensary is suing the city of South Lake Tahoe, California, after the city council revoked its cannabis and businesses licenses for failing to open on time — a delay the business blames on the COVID-19 pandemic.Reports the Dispatch Argus.

Perfect Union SLT was awarded one of two microbusiness cannabis licenses in November 2019 as part of an agreement that gave it a year to open the business.

The cannabis business says in the lawsuit that the pandemic created the situation that prevented it from meeting the deadline, the Tahoe Daily Tribune reported.

“Mere weeks after the Development Agreement became effective on February 13, 2020, the world quickly and irrevocably changed due to the COVID-19 pandemic, and both business and construction in California in large part came to a grinding halt in March 2020,” the lawsuit states.

“Further, the COVID-19 pandemic caused the demand for construction around the South Lake Tahoe area to boom in a way never seen before,” the lawsuit continued.

After their year deadline passed, City Attorney Heather Stroud gave the company 30 days to cure their default or at least start the process of curing the default but she said they failed to do so.

The council voted unanimously in June to revoke the licenses. It upheld the vote weeks later with Mayor Tamara Wallace casting the lone dissenting vote after earlier supporting the revocation.

Wallace said she was sympathetic because her own business suffered delays in a large construction project during the pandemic. But she noted that all the other cannabis businesses who were awarded licenses opened on time.

The lawsuit filed in El Dorado County Superior Court last month accuses the city of breach of contract. It asks a judge to require the city to honor its development agreement and cover lost profits that the company is experiencing because of this disagreement.

David Wolfe, legal counsel for Perfect Union, said the delay was a reasonable excuse under the development agreement which allows “delay beyond the reasonable control of a party caused by (a) calamities, including without limitation earthquakes, floods, and fire; (b) civil commotion; (c) riots or terrorist acts; (d) strikes or other forms of material labor disputes; (e) shortages of materials or supplies; or (f) vandalism.”

He argued COVID qualified as a reasonable delay.