With the state substantially altering its cannabis tax structure, the California cannabis industry is expected to get a substantial tax break, which lawmakers are hoping will boost the legal industry left lagging by competition with illicit sales, extensive bureaucracy, and heavy taxation. 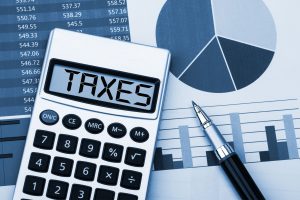 If the effort is successful, there is a potential for its impact to be global, given that California’s marijuana market is not only the oldest but the largest in the world. Thus, its influence across the industry is oversized.

The taxation changes will effectively erase a tax on cultivation of marijuana (which had been the source of about 15 percent of state marijuana taxes – roughly $166 million as of last year). The changes were part of a larger state budget agreement, which is also going to carve out some tax credits for certain marijuana companies, as well as expand labor rights in the industry and switch collection of a state excise tax from distributors to retailers. The tax will be paused at 15 percent for three years, at which point the state will have the option to raise it again to make up for revenue lost by ending the tax on growers.

Programs that benefit from marijuana taxes include youth and environmental programs, and the state says it must balance out these needs with those of marijuana cultivators and shops that are burdened by heavy taxes and tight regulations. As our Los Angeles marijuana business lawyers are aware, many companies are treading water – if they aren’t drowning – because they’re in direct competition for sales with black market dealers that can sell their products more cheaply because they aren’t taxed or responsible for screening their supply for harmful contaminants. This year especially has been tough, given last year’s bumper crop contributing to oversupply.

Many smaller operators are likely to fail or consolidate before the tax credit goes into effect, but it’s nonetheless a welcome windfall for those in the industry. It’s been largely recognized as an operational burden, as it was paid out by growers prior to obtaining any revenue for sales. So even if that product never sold, cultivators were still getting taxed.

The tax break is expected to help with issues of growers burning excess crop (to avoid paying tax on product they won’t actually sell) and problems with shady under-the-table deals intended to sidestep the tax payment. These issues have been especially prevalent given that taxes were based on weight, as opposed to the price at which the product was sold. This has made growers vulnerable whenever there are price declines, compelling them to simply burn the product rather than paying a tax on crops there was no guarantee of selling.

Hope is that the tax cut will filter through the cannabis industry to wholesalers and other distributors, then on down to consumers – incentivizing them to buy legal product over black market options.

Among the other details of the tax plan:

The goal here, of course, is not only to bolster the legal industry, but to cut down in the notoriously difficult to hit illicit industry – estimated to be some three times the size of the above-board market. As it stands, legal marijuana sales in California will generate about $6.4 billion just in 2022. A hit on the black market in California will be a benefit to cannabis companies across the country, who must compete not only with illegal operators in their own state, but the massive amount of illegal crop grown in California that is unlawfully smuggled in across state borders.

This isn’t the first tax relief effort aimed at the state cannabis market, though many of earlier packages were mostly handed down at the local level.