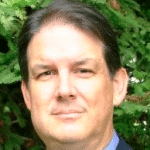 The world gets stranger by the day…

Filed in Mendocino County Superior Court on August 9, 2021 by The Scott Law Firm of San Francisco and the Gearinger Law Group in Santa Rosa

“The complaint alleges a long-standing and continuing RICO conspiracy involving law enforcement officers in Mendocino County and surrounding jurisdictions conducting the affairs of an enterprise including the Mendocino County Sheriff’s Department and the Mendocino County District Attorney’s Office through a pattern of racketeering activity consisting of extortion to obtain marijuana, guns and cash from victims in possession of marijuana by unlawfully searching their residences, stopping, detaining plaintiffs and hundreds of other victims, committing robbery, obstruction of justice, money laundering, tax evasion and structuring currency transactions to evade the currency transaction reporting requirements. . . . 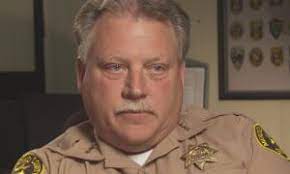 First he whinges about pay and then goes into cannabis and how he works closely with the sheriff on dealing with cannabis.

Considering the allegations this is a much watch video

……..and Rohnert Park police officers Jason Tatum and Joseph Huffaker conducted and conspired to conduct the affairs of the Mendocino County District Attorney’s Office and Sheriffs office through a pattern of racketeering activity including hundreds of acts of extortion, theft and robbery of marijuana, guns and cash, obstruction of justice, money laundering and tax evasion. In the guise of enforcing the law defendants and their co-conspirators extorted tons of marijuana, stole millions of dollars and hundreds of guns in laundered proceeds, committing tax evasion and structuring currency transactions to evade detection.

They obtained hundreds of search warrants and destroyed and impounded some of the marijuana, cash and guns to maintain the facade  that they were enforcing the law to conceal their ongoing pattern of racketeering activity. . . .

“On information and belief co-conspirator Tom Allman’s family members have been cannabis growers in Humboldt County for decades. Co-conspirator Undersheriff Randy Johnson’s brother and father were raided by the Drug Enforcement Administration in 2012 and 500 cannabis plants were seized from their property located next door to Randy Johnson’s residents in Mendocino County. But no charges were ever filed. . . .

“… At the behest of co-conspirator Mendocino County Sheriff Allman on February 13, 2018, Tatum published a press release purportedly exonerating Mendocino County law enforcement — an overt act in furtherance of the conspiracy alleged herein as part of a cover-up.

“Plaintiff Flatten was formerly a police officer and was the first among hundreds of victims of Mendocino County’s corrupt cannabis law enforcement cabal to publicly accuse law enforcement officers of stealing his cannabis.”

After providing a list of a half-dozen men who were victims of the alleged conspiracy, towards the end of the lawsuit the plaintiffs contend that “when plaintiff Flatten came forward publicly, co-conspirator Tom Allman contacted co-conspirator Tatum to quash Flatten’s accusations by issuing a press release. But Tatum’s statement to the press was too hastily contrived and his involvement in the illegal seizures too prolific. As a result his press release defended the wrong illegal seizure and instead of diffusing the scrutiny the plaintiff’s allegations had brought, it confirmed the existence of a more expansive, continuing criminal conspiracy.”