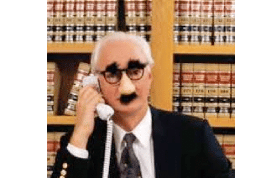 Not only are ‘copycat scams’ emerging, hoping that lightning will strike twice, but more nefarious actors, posing as lawyers trying to help victims, are reportedly now targeting victims.

Among these scammers are those from ‘fake law firms’ claiming to be able to track and retrieve lost cryptocurrency payments, offering victims ‘false certificates, licences and track records’.

Furthermore, victims are being targeted by so-called ‘Nigerian letter scams’, in which individuals claim to have already secured the victims’ lost money, but require their personal details or some form of deposit in order to send it back to them.

According to Mr Olofsson, the current situation is reminiscent of the PPE rush at the start of the pandemic, after the dramatic spike in demand created an environment rich with opportunities to scam well-meaning businesses.

Recently, a number of businesses have come to light, offering near-identical services to that of Juicy Fields.

Most brazen is Sweetfields.io, a near carbon copy of the original Juicy Fields site, which has recently been flagged by many original investors.

BusinessCann has contacted Sweetfields regarding its connections to Juicy Fields but is yet to hear back at the time of writing.

We also contacted businesses listed on the website as official partners, a number of which were also listed as partners of Juicy Fields before its collapse.

Colombian cultivation firm Kannabyte, which had a legitimate ‘commercial relationship with Juicy Fields’ confirmed to BusinessCann that Sweetfields was ‘using our name illegally’.

A spokesperson said: “I have no idea who they are and have no contact with them. Furthermore, since everything happened, I have had no contact with anybody from Juicy Fields. People have actually sent me two more websites that are doing the same thing, so please be very careful.”

Another ‘copycat’ business, or one that seemingly has ties to the original entity, is Jansen Grow, which has been issuing investment prospectus’.