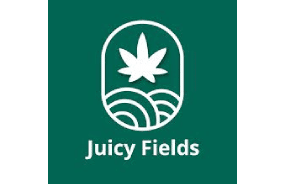 Read the full story at the the link (Must Read)

Over 1500 “investors” have now been in touch with lawyers

THE fallout from the collapse of Juicy Fields has continued to develop at breakneck speed since investors first complained of being unable to access their funds in mid-July.

Though there may never be a full explanation for exactly what happened inside the company, and more importantly to investors’ funds, a clear picture of the scale and sophistication of this scam is now beginning to emerge.

One lawyer specialising in such scams, who is in the process of building a class action lawsuit for hundreds of Juicy Fields investors, believes this is ‘by far the largest scam in Europe for many, many years’, bearing all the hallmarks of the Russian mafia and potentially seeing more than €700m lost.

This rapidly developing picture, aside from the sheer scale of this scam, reveals a framework of far wider complicity from key individuals, companies and financial institutions in allowing it to take place.

Lars Olofsson, CEO of Swedish legal, investment and business management company PRIO Startup, told BusinessCann that since being asked about Juicy Fields by a client three weeks ago, he has now spoken to more than 1,500 investors ‘in one form or another’.

According to Mr Olofsson, who is building the class action lawsuit, his company has been ‘specialising in these kinds of frauds’ for over a decade, and is currently working on a number of similar cases, including micropayment platform Plipp, telemarketing company Koncepta, and weight-loss equipment seller Victus Medical.