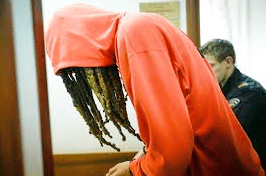 A preliminary hearing for WNBA star Brittney Griner will be held in Moscow on Monday morning, her lawyer, Alexander Boikov, confirmed to ABC News.

Griner was detained at Sheremetyevo International Airport in Russia on February 17 after she was accused of carrying vape cartridges containing hashish oil, which is illegal in Russia.

The U.S. State Department said Griner was “wrongfully detained” by Russia, which allows the U.S. to negotiate her release.

Russia had issued multiple extensions of her pre-trial detention, with the latest keeping the 31-year-old in custody through July 2, ABC News reported. If convicted, she faces up to 10 years in prison.

Griner’s wife, Cherelle Griner, told The Associated Press last week that she has “zero trust” in the U.S. government in its handling of her wife’s detention.