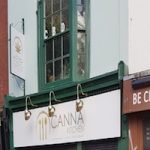 The owner of the UK’s first cannabis restaurant has been charged with dealing cannabis.

Sammy Ben Rabah spent tens of thousands of pounds setting up Canna Kitchen in Duke Street and believed he was working within the law.

But his dreams were dashed when it was raided in May last year and his stock and equipment seized for several months.

The shop has shut and Mr Ben Rabah has moved to Bristol.

Today, police announced he and another woman, Naomi Morris, who also sold CBD products at the Hemp Life head shop in London Road, have both been charged with supplying cannabis.

A police spokesman said: “A man and a woman have been charged with possession with intent to supply cannabis after police executed warrants at shops in Duke Street and London Road, Brighton.

“Following an investigation into the supply of class B drugs, officers searched two businesses in the city in May last year, seized a significant quantity of cannabis and arrested two people.

“Sammy Ben Rabah, 32, of Barrow Court Lane, Bristol, and Naomi Morris, 37, of North Place, Brighton, are each charged with two counts of possession with intent to supply cannabis and will appear at Brighton Magistrates’ Court on 12 March.”

Following the May raids, the police investigation continued for many months until a file was passed to the CPS late last year.

Mr Ben Sabah was not arrested, but attended a voluntary interview under caution in August.

Miss Morris was arrested at her North Place home in May and released under investigation until the charges announced today were brought.

One of the main issues is whether or not the CBD products they contained are legal or not.

Meanwhile, Mr Ben Rabah’s company SSB Evolution Ltd applied for permission to change the use of the unit from retail to restaurant – a previous application made when Canna Kitchen first opened in December 2018 was refused on a technicality.

Its application said a potential buyer has been found who wants to use the building as a cafe/restaurant.