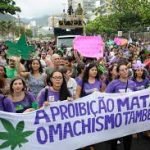 There has been a lot of discussion regarding the planting of cannabis in Brazil because the Brazilian Health Surveillance Agency – Anvisa published in December last year the RDC No. 327/19 to allow the manufacture, import and commercialization of cannabis-based products for medicinal purposes.  However, in the same occasion, this regulatory agency filed the proposal that dealt with the cultivation of cannabis sativa in the country.

Since Law No. 11,343/06 (Drug Law) was enacted the planting of cannabis for medicinal or scientific purposes is allowed in Brazil, and Anvisa is the competent regulatory body to complement the gap in the criminal law and enact regulation to register products, substances and services that can affect the health of the population.

If Anvisa did not do so (even after more than fourteen years since the Drug Law was enacted), eyes and attention are now focused in the Brazilian National Congress.  Bill No. 399/15 is still pending in the Special Committee of the Chamber of Deputies.  If approved, it may allow the cultivation of cannabis for medical purposes throughout the national territory.

By expanding cannabis beyond its medical purposes, it should be noted that many countries have already issued specific regulations to distinguish cannabis considered “marijuana” (or any name used for the variety used as a drug) from those with industrial application and intended for fiber and seed production (classified as industrial hemp or hemp).

The United Nations – UN defines industrial hemp or hemp as a variety of the Cannabis sativa L. plant, with very low levels of Δ9-tetrahydrocannabinol (THC) and high levels of cannabidiol (CBD) in its composition.  Although cannabis plant with high concentration of THC has psychotropic and narcotic effects, it is important to stress out that hemp or industrial hemp is not considered to be a drug.

UN Conventions from 1961 (narcotic substances) and 1971 (psychotropic substances) imposed a special control over cannabis and the substances extracted from it.  However, the international treaty resulting from the UN Convention on Drugs, to which Brazil is a signatory, expressly provides that the prohibitions should not be applied to cannabis used exclusively for industrial purposes (fibers and seeds) or agricultural purposes, as is the case in the case of hemp.[1]

The lack of specific legislation to distinguish marijuana from hemp is a serious obstacle for the industrial hemp exploitation.  By equating hemp to marijuana, regulatory agencies make all cannabis uses and application banned in Brazil.  Brazilian authorities’ inertia prevents the development of hemp cultivation and inhibits potential markets related to these applications (textile, food, paper and cellulose industries, among other).

In view of the lack of regulation for the planting of medical or industrial cannabis, the Brazilian Judiciary Branch started to act on this matter.  Legal decisions in favor of cannabis cultivation in the national territory are becoming increasingly common to compensate the State’s omission.  Dozens of patients have already been granted legal authorization to plant cannabis for medical purposes.  Recently, a legal entity also has obtained a judicial authorization to import and grow industrial hemp seeds with THC concentration below 0.3%.

The independence of the Executive Branch cannot be erected as an obstacle for the cultivation of cannabis for medical and industrial purposes, especially because there is no legal prohibition and the legal system by itself guarantees it.

The UN makes explicit that planting hemp to produce fibers or grains has never been banned in its treaty.  Moreover, in December the UN will discuss the proposal of the World Health Organization – WHO, which aims to reclassify cannabis, THC and CBD from the list of narcotic substances.

Absence of cannabis planting regulation prevents Brazil from having a verticalized industrialization of cannabis-based products and, consequently, ensure lower and more accessible costs for the population.  The lack of legal certainty also restricts the economic freedom of companies that intend to grow and produce industrial hemp in Brazil. Government’s omission in its regulatory function denotes a clear offense to the economic order and to the constitutional rights of health protection, blocking progress and the development of cannabis sector.  Thus, there is no alternative for cannabis-based products players than judicialize demands to obtain authorization for the cultivation of cannabis for medicinal and industrial purposes.