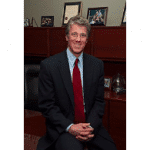 The Berkshire  Eagle reports.……..A Pittsfield man who admitted to being a marijuana dealer and evading taxes has been sentenced in federal court to three years of supervised release.

Jacob Sweener, 31, was accused of conspiring with others to distribute marijuana from 2013 to January 2017, according to a statement released Monday by the U.S. Attorney’s Office in Boston.

On Jan. 10, 2017, federal agents seized 41 pounds of marijuana and more than $69,000 in cash during a raid at Sweener’s home, the statement said. Sweener also filed false income tax returns for tax years 2014 and 2015 by substantially underreporting his income by more than $300,000 and failing to pay more than $90,000 that he owed in federal income taxes.

U.S. District Court Judge Mark G. Mastroianni sentenced him Monday to three years of supervised release, with the first six months to be served in home confinement. Sweener also was ordered to pay a fine of $30,000 and restitution of $90,344.