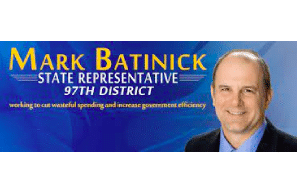 A bill introduced in Springfield last week that would limit the key mind-altering ingredient found in legal pot products has drawn swift pushback from both cannabis advocates and an influential trade group.

State Rep. Mark Batinick, R-Plainfield, said he introduced the bill ahead of a filing deadline at the behest of the Illinois State Medical Society, whose members have concerns about potency and the “skyrocketing” number of cannabis-related calls received by the Illinois Poison Center.

Those calls jumped from 487 in 2019 to 743 in 2020 — when cannabis was fully legalized — and then climbed to 855 last year. Many were related to the consumption of pot-infused edibles, the poison center reported.

Batinick’s proposal would cap the amount of THC in cannabis flower at 10% and set a 15% limit for concentrates and infused products. Pam Althoff, executive director of the Cannabis Business Association, believes that such regulation would be unprecedented — and a burden on weed producers.

To Read The Rest Of This Article On The Chicago Sun Times, Click Here