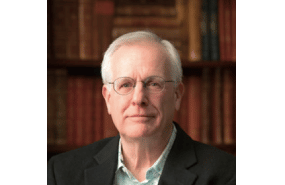 Here’s the introduction to the article

Is the Federal Bureau of Investigation miscounting the true number of marijuana arrests nationwide? One attorney says there’s good reason to think so, and just filed an official complaint with the federal government.

Eric Sterling, a member of the Policing Advisory Commission of Montgomery County, Maryland, and a longtime drug policy reform advocate, filed a complaint May 5 with the Office of Inspector General for the US Department of Justice. As Marijuana Moment reported, he’s calling for the DOJ to investigate the FBI over its handling of its Uniform Crime Reporting program (UCR)—specifically, how it counts marijuana arrests.

The FBI publishes its UCR annually, detailing how many arrests are recorded for different offenses nationwide. The problem, Sterling found, is how the FBI is counting marijuana arrests in states that have decriminalized the drug. Where police are issuing citations—a civil penalty that doesn’t involve arrest or jail-time—those may be being counted as “arrests” in the FBI data.

This distinction matters. Because if it’s true that federal marijuana data are inflated, that could undermine political support for marijuana legalization—which has, of course, stalled in Congress. What’s more, it could impact debates over police funding.

There are currently 12 states which have decriminalized but not fully legalized marijuana. But this data discrepancy likely goes back many years, meaning its consequences do, too. Filter caught up with Sterling to ask him more.

Alexander Lekhtman: You took on your role with the Policing Advisory Commission for Montgomery County shortly after the police murder of George Floyd in 2020. What have you discovered since?

Eric Sterling: Looking at the [arrests] data, knowing we had marijuana decriminalization [in 2016], I was quite shocked to see thousands of marijuana arrests reported for our county. When I brought this up, one of the assistant police chiefs said, “That’s not right. We’re certainly not arresting that many people for marijuana. Let me see if I can give you a more accurate answer.”

And he couldn’t give me an accurate answer, he gave me an estimate. He said it looked like maybe only 5 percent of this number were truly possession arrests—all the rest were simply the issuance of citations for marijuana possession, which in our state are civil, non-criminal offenses.

How can this be? how can you be reporting this issuance of tickets as arrests? They said, “The state requires it.” So I called the head of the Central Records Division and said, “I’m trying to understand—you’re reporting thousands of these marijuana arrests around the state.” And she said, “Yes, that’s required by the FBI.”

And I was shocked by this because this number cumulatively is huge. You’ve had many states that have had decriminalization, and it wholly distorts the number of arrests police are doing around the country.

Why It Matters If the FBI Is Inflating Marijuana Arrest Data