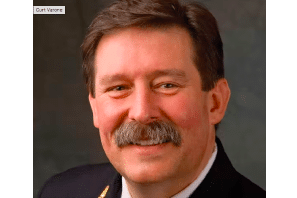 Curt Varone warns departments that they face a new landscape when it comes to members who partake in grass.
CURT VARONE (Header Picture) has more than 40 years of experience in the fire service, including 29 years as a career firefighter with Providence, RI, retiring as a deputy assistant chief (shift commander). He is a practicing attorney who is licensed in Maine and Rhode Island and served as the director of the Public Fire Protection Division at the NFPA. Varone is the author of two books, Legal Considerations for Fire and Emergency Services and Fire Officer’s Legal Handbook, and remains active as a deputy chief in Exeter, RI.
He writes

The legalization of marijuana created a number of problems for the fire service and contributed greatly to an uptick in marijuana-related lawsuits that were filed by firefighters and applicants. It’s a multifaceted challenge that stands in stark contrast to the simple, straightforward approach to marijuana that existed for decades.

Until recently, cannabis, including its primary intoxicating ingredient, tetrahydrocannabinol (THC), was illegal under state and federal law. As a result, any positive test that indicated the presence of THC was grounds for discipline. Thus, when a member tested positive for THC, whether on a random, post-accident or reasonable-suspicion test, there was no need to worry about the level of impairment that the test showed. The fact that THC was present was enough to suspend or terminate a member.

That straightforward approach did not change when states began to legalize medical marijuana or decriminalize marijuana possession. The Americans with Disabilities Act (ADA) expressly excludes the use of illegal drugs from protection. Similarly, lifestyle discrimination laws that prohibit an employer from discriminating against an employee for legal activities while off duty were of no avail, because marijuana remained illegal under federal law.

The leading case in this area, Coats v. Dish Network, LLC, 350 P.3d 849 (CO, 2015), concluded that, because marijuana is illegal under federal law, it remains beyond the protection of the ADA or lifestyle discrimination laws. I still run into attorneys who assume that Coats v. Dish Network is good law.

Today, Coats v. Dish Network has become irrelevant in an increasing number of jurisdictions. In those states, the legislatures amended their discrimination laws to protect those who have a prescription to use medical marijuana as having a per se disability under state law. Those who lawfully used medical marijuana, thusly, are protected from any adverse employment action, including discipline or termination for a positive THC test.

These laws typically have two caveats. First, they prohibit employees from being impaired in the workplace. Second, they exclude workplaces that are subject to the federal Drug-Free Workplace Act (DFWA).

Although these two exceptions might sound as if they address any concerns that a fire department may possibly have, in reality they create more problems than they solve. As for disciplining employees who are impaired at work, current drug tests for marijuana utilize THC as a marker but cannot accurately measure impairment. As a result, any attempt by a department to discipline an impaired firefighter who has a prescription for medical marijuana turns into a battle of the experts, with the department’s expert claiming the results prove impairment, and the firefighter’s expert saying the results are consistent with the residual effects of normal, off-duty medicinal use.

The DFWA applies to certain federal contractors and grant recipients. Not surprisingly, that includes many fire departments. Given the name, one might assume any use of illegal drugs by an employee who is subject to the DFWA would be prohibited. The problem is that the name of the act suggests more than what the act requires.

The DFWA requires employers that are subject to it to prohibit the possession and use of drugs in the workplace, to provide drug awareness training that includes a listing of the consequences for a violation and to require employees to report convictions for workplace drug offenses. Upon being informed of a conviction, employers must take appropriate disciplinary action plus notify the granting agency. Nothing in the DFWA requires an employer to test employees or to discipline them for positive tests. The crux of the DFWA applies to criminal convictions that are associated with workplace drug use. The DFWA does not even require an employee to notify the employer of an arrest for workplace drug possession, let alone to notify the employer of arrests or convictions for off-duty drug use. In common parlance, it is a “nothing-burger”—it’s lacking in substance—unless an employee suffers a criminal conviction for a workplace drug charge.

As if this is not enough, the Farm Bill of 2018 legalized hemp and all of its component ingredients. Hemp is a type of cannabis that, unlike marijuana, is low in THC. Prior to 2018, THC was per se illegal under federal law, because all cannabis was illegal. Starting in 2018, THC that derived from hemp was legal. Thus, it became possible for an individual to legally have THC in their system if the THC came from hemp. This, in turn, creates havoc when an employee who tests positive for THC claims to have recently used a legal hemp-associated product, such as a cannabidiol (CBD).

Once again, we are back to a battle of the experts on whether a certain level of THC is consistent with the illegal use of marijuana or the legal use of a hemp-related product.

The combined result of all of this leaves the law in a state of flux. States differ with regard to medical marijuana, its status as a protected disability and the legalization of recreational marijuana. Besides state-to-state differences, what is the law today may not be the law tomorrow.

All that fire service leaders can do is to ride it out and see where we end up as the law evolves.

It is vitally important for departments to have competent local legal counsel. What may have been settled law in terms of drug testing and reasonable accommodations just a few years ago may no longer be valid. This requires going beyond the headlines, beyond the names of laws, such as the DFWA, and staying current on this evolving issue.