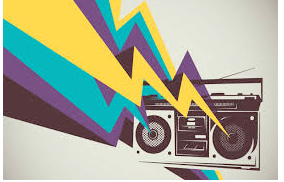 Broadcasters have struggled with the dilemma of whether to accept advertising from the growing cannabis industry as laws changed state by state. Most companies have opted to reject such buys faced with the potential risk to their license as federal law continues to put marijuana in the same class of illegal drugs as heroin. But a rider tucked deep inside the proposed federal budget advancing in the House may change that. If passed, it would open the door to cannabis ads on radio and television.

House Democrats are not proposing that federal drug laws be relaxed. Instead, they would use the budgeting process to change how they are enforced. The draft budget bill for the 2023 fiscal year would prevent the Federal Communications Commission from using any money to deny a license renewal or a station sale application as punishment for airing advertising for cannabis or cannabis-derived products. The bill would also prohibit the FCC from requiring an early license renewal application be filed by a station for taking those ads. And the FCC would be prohibited from issuing fines.

The only caveat for a broadcaster to open its airwaves to such ads would be that cannabis products would need to be legal in the state, county or lands controlled by Native Tribes in which the station’s community of license is located. But even in places where local laws have not been changed, the FCC would not be able to go after a station if it takes ads from a business selling hemp, hemp-derived CBD products, or other hemp-derived cannabinoid products.

The proposal is included in the Financial Services and General Government portion of the hulking federal budget outline for the fiscal year beginning Oct. 1. The bill passed its first hurdle when it was voted out of the subcommittee on Thursday and sent to the full House Appropriations Committee for consideration on a voice vote.

But not all House members are supporting the move to allow cannabis-related advertising on the airwaves. Rep. Kay Granger (R-TX) slammed the radio and TV marijuana advertising proposal during a hearing, which she called a “significant” policy change.

“As this process moves forward, we will continue to try to secure an agreement. We want language carried in the bills in the past to be retained, and controversial policies to be dropped,” said Granger during the 20-minute markup of the bill.

Even if the cannabis proposal were to be included in the final federal budget, it would only last one year or until the coming fiscal year ends on Sept. 30, 2023. It would, however, serve as a one-year test run of how much cannabis advertising actually turns up on radio and television stations, and what impact it has on the businesses selling such products.

Broadcasters have stepped up their efforts to allow cannabis ads on radio and television during the past year. A group of nearly two dozen state broadcast associations have joined forces to create the Safe Advertising Coalition. The group has spent $170,000 on lobbying Washington since the start of last year to bring what they say is “parity” to cannabis advertising laws.

While the budget proposal would be a temporary step in that direction, broadcasters have advocated for a more permanent solution. That has including backing the Marijuana Opportunity Reinvestment and Expungement Act, or the MORE Act (H.R. 3617). The bill passed by the House in April and would decriminalize cannabis in federal law. But prospects for its passage in the Senate are slim, where little Republican support exists.

FCC Commissioner Nathan Simington told the Massachusetts Broadcast Association during a speech last November that he doubted current rules allow stations in states where marijuana has been decriminalized to accept ad dollars from cannabis dispensaries. Fellow commissioner Brendan Carr has also expressed some skepticism about the idea.

Faced with that uncertainty, most broadcast attorneys have encouraged stations to remain on the sidelines for now.

The prospects for cannabis advertising are large and growing. At last count, 37 states, the District of Columbia, Puerto Rico, Guam, and the U.S. Virgin Islands have adopted laws allowing legal access to cannabis, and 15 states and the District of Columbia have adopted laws legalizing cannabis for adult recreational use. Legal cannabis sales totaled $20 billion in 2020 and are projected to reach $40.5 billion by 2025.