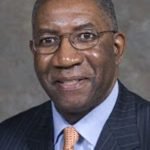 Arkansas is back in the business of licensing medical marijuana dispensaries after a Pulaski County circuit judge ruled Tuesday that a former dispensary applicant, Medicanna of Pine Bluff, has no grounds to challenge licensing procedure.

Licenses are awarded based on grades, and Medicanna, represented at the hearing by managing partner Elizabeth Parker, had accused the commission of illegally bypassing it to license a lower-graded applicant.

But Griffen sided with state lawyers Maryna Jackson and Olan Reeves of the attorney general’s office, who argued that Medicanna had disqualified itself when it asked for and received a refund of its application fee more than 10 months ago.

The law requires a qualified applicant to pay an application fee to be considered for a license. So once Medicanna got its money back in April 2019, it did not meet the standard to receive the license, which went to another Pine Bluff applicant, Nature’s Herbs and Wellness of Arkansas, last month.

“Medicanna has not been harmed. Medicanna got the [refund] it requested,” the judge said. “Medicanna essentially rescinded its application.”

Griffen said Medicanna was like a card player who had cashed out his winnings but was trying to get back in the game.