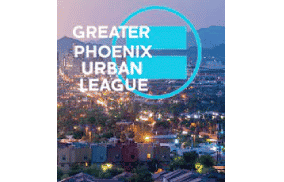 Over the past few weeks, some Arizona residents have been inundated with flyers, mailers, and glossy pamphlets. “Once in a lifetime opportunity,” they say. “Brighten your future. Own a cannabis dispensary at no cost to you.”

They’re all from the state’s biggest cannabis investors, who are searching — desperately — for people with prior marijuana charges, people who live in communities most impacted by marijuana laws, to front their applications for the state of Arizona’s 26 “social equity” dispensary licenses.

This program, the state’s troubled attempt to atone for the impact of cannabis criminalization, is the subject of a new lawsuit against the state of Arizona — which argues that the state is doing little to keep the licenses from quickly falling into the hands of behemoth cannabis companies.

The Greater Phoenix Urban League, an Arizona branch of the national civil rights organization, and Acre 41, a local cannabis consulting company, are plaintiffs in the new case, according to a copy of the lawsuit reviewed by Phoenix New Times. The parties plan to file their complaint Thursday in the Maricopa County Superior Court.

“These [investors] are coming in, selling them the dream,” said Celeste Rodriguez, at Acre 41, and a staunch advocate for social equity in the cannabis industry. “They want to buy them out for pennies, and add it to the portfolios that they are building right now.”

The new legal complaint argues that the social equity program has failed to meet the standards laid out in Prop 207, the ballot initiative voters passed last year that legalized marijuana and has allowed thousands of Arizonans to expunge prior marijuana charges. Through Prop 207, voters directed the state to create a program that promoted dispensary ownership by people who were disproportionately impacted by marijuana laws — which, in Arizona, often was poor, Black and Latino communities.

But since the draft rules for the social equity program were released, advocates warned that major cannabis investors might easily game the system. And now, Rodriguez says that’s what she’s seeing.

“What the voters were trying to do was enrich communities that were impacted by the drug war.” Jimmy Cool, the lead attorney on the case, told New Times. “From our clients’ perspective, all [the program] does is enrich 26 people.”