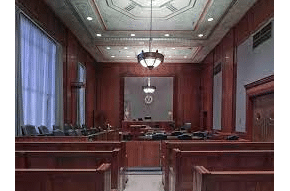 The Arizona Court of Appeals has ruled that a mother who gives birth to a baby with cannabis in its system cannot be charged with child neglect if she has a physician’s recommendation to use cannabis legally, Tuscon.com reports. The decision overturns a move by the Department of Child Safety (DCS) to put the mother on the agency’s “Central Registry” of parents who are found to have committed acts of child abuse and neglect.

In the ruling, Judge Randall Howe, writing for the unanimous three-judge panel, said officials committed an error by not considering the evidence that the mother was lawfully enrolled in Arizona’s medical cannabis program and that the 2010 Arizona Medical Marijuana Act (AMMA) provides immunity for those with a state-issued medical cannabis card from being subject to arrest, prosecution, penalty, or denial of any right or privilege.

DCS had argued that the mother never told the recommending physician that she was pregnant – which the mother refutes but Howe said was irrelevant, the report says. The panel determined that under the state’s child-welfare laws, pregnant women cannot be charged with abuse and neglect if they are lawfully taking medications “under the direction of a physician” and that since the mother was legally accessing cannabis under a physician’s order, DCS cannot take action against her.