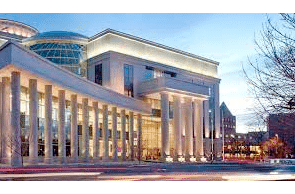 The Colorado Department of Revenue qualifies as a “victim” that is entitled to restitution in the form of unpaid taxes from a ring of illegal marijuana growers, the state’s second-highest court has ruled.

In a pair of decisions, the Court of Appeals determined that an Arapahoe County judge was wrong when she concluded society, not the state government, is the victim for violations of the tax-evasion law.

The revenue department “may properly be considered a ‘victim,’ under the Restitution Act where a criminal defendant has failed to pay to the Department marijuana excise taxes to which it is entitled,” wrote Judge Terry Fox in the appellate court’s March 17 opinion.

For the second time this month, the Court of Appeals has interpreted who is entitled to monetary compensation due to that entity’s status as a crime victim. Previously, a three-judge panel for the court affirmed that an insurance company fit the definition of “victim” in a case where the defendant caused damage to a vehicle while committing a theft.

In the current two cases, Ton Thai Le and Linh Ngoc Tran were among the 31 co-defendants whom prosecutors charged as part of a drug trafficking organization involved in the illegal cultivation of marijuana. Ton and Tran both pleaded guilty to the offense of tax evasion, among other crimes. They received probationary sentences, which would result in prison terms for any breach of the probation conditions.

The government also sought to recover unpaid taxes for the marijuana operation in the amount of $234,345.74, plus interest, for a total of nearly $300,000. District Court Judge Shay K. Whitaker denied the request, explaining that the state’s restitution law does now allow the government to seek restitution “on behalf of society” unless the General Assembly specifically authorizes it.

“Further,” she wrote, “the victim in this case is society, not the government, because the alleged pecuniary loss here is a theoretical reduction of the available tax revenue to provide public goods and services than would have been available if the defendants operated a licensed retail marijuana cultivation facility.”

Prosecutors turned to the Court of Appeals, arguing that under state law, a victim is someone who is “aggrieved by the conduct of an offender,” and the crime of tax evasion necessarily represents a monetary loss to the Department of Revenue. The defendants disagreed.

The public defender’s office, representing Tran, further argued that the government had not presented evidence that the failure to pay marijuana taxes negatively affected the Department of Revenue’s budget.

A three-judge panel for the Court of Appeals acknowledged that it was unclear how the tax evasion scheme harmed the department itself, since the marijuana revenue ultimately was destined for the school construction fund. However, federal courts have held that the Internal Revenue Service is a “victim” under the corresponding federal restitution law because tax evasion or fraud directly affects tax-collecting entities.

Given that the purpose of restitution is to make victims whole for the losses they suffer, Fox wrote for the panel, “the department is a victim in its own right under a plain reading of the Restitution Act, and it is merely seeking to remedy a distinct harm that it suffered from Le’s tax evasion.”

The panel returned the cases to the district court for consideration of the amount the defendants owed to the government, as well as proof that the defendants’ actions caused the monetary loss.