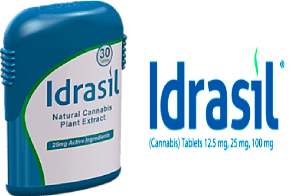 The Securities and Exchange Commission (SEC) is accusing the co-founders of C3, a company that makes cannabis pill Idrasil, of $2 million in securities fraud, Law360 reports.

According to the complaint filed in California federal court, Steele Smith and his wife, Theresa Smith, made false statements to investors from 2014 to 2019 about Idrasil’s patent status, that insurance companies would cover the drug, and investor funds would be used for business purposes.

The SEC alleges that Steele Smith and C3 told investors that Idrasil was “patented” or “patent pending” despite the fact that Idrasil’s first provisions application for a patent had expired and a subsequent nonprovisional application was never filed and, therefore, no patent was ever issued.

“Idrasil was not an approved pharmaceutical by the insurance companies. In fact, it should not have been reimbursed under their guidelines, and in those situations where it was reimbursed, it was either an outlier situation or an outright mistake.”—the SEC in the complaint

The Smiths also allegedly used more than $1 million of investor funds to pay for their personal expenses, including $40,000 for a down payment for a Jeep SUV.

The SEC also accuses Steele Smith of making misrepresentations about how investors would make money on their investments, telling them that they would be cashed out once C3 was acquired by a large pharmaceutical company. The complaint states that Steele told investors that C3 “would achieve a minimum of $4.6 million in gross revenue in the next year and valued C3’s total equity at over $685 million upon acquisition by a big pharma company.”