Targeted by repeated traffic stops and seizures over the last year by federal and state law enforcement officers in California and other states, an ancillary cannabis company says cops are committing “highway robbery” by seizing millions in cash from armored vehicles transporting funds between dispensaries and financial institutions. The logistics company, Empyreal, has filed a federal lawsuit seeking to recoup losses and end the practice. Our Los Angeles marijuana business lawyers understand an initial request for a restraining order has been denied. 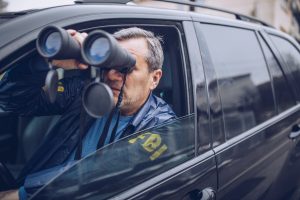 This lawsuit is being closely watched by cannabis company legal advocates as it could have a direct impact on their bottom line and ability to engage in financial transactions.

The plaintiff, with more than 25 years in banking, launched her logistics/armored vehicle business four years ago in Colorado. Since then, it’s expanded to operation in 28 states. Her goal, she told Colorado News Online, was to address some of the challenges that cannabis companies face with financial transactions. Although many states now allow medicinal and even recreational marijuana, THC products are still considered illegal under federal law. That makes federally-backed banks – bound to comply with the U.S. Anti-Money Laundering Act and Bank Secrecy Act – wary of doing business with cannabis companies. For the 700-or-so banks that will accept money from marijuana dispensaries, there is a large compliance list that involves things like background checks, verification of money origins and destinations, and other stringent guidelines. Plaintiff said she only works with banks that are meticulous about meeting all the strict requirements.

Meanwhile, particularly in states where possession of marijuana for any reason is still criminal. Kansas is one of those. State law enforcement officials there report that in the last three years, its officers have seized more than $8 million from all motorists (not just those ferrying marijuana-related funds through the state). That accounts for half of all civil forfeitures, which is a process by which law enforcement agencies can seize money, vehicles, real estate, weapons, and other personal property they suspect may have been involved in criminal activity. It is not necessary for the cops to arrest anyone or secure a conviction in order to seize the money/property. In Kansas, half of all forfeitures were done with no criminal case being filed. All they had to do was demonstrate a connection between the property and a crime – and show a lawful reason for making the stop. (As any attorney will tell you, follow behind any driver long enough and you’ll find some minor traffic infraction that can be used as cause to pull them over.)

The lawsuit alleges that the company’s vehicles have been stopped by law enforcement in Kansas and California a total of five times since last May – twice resulting in cash seizures of more than $1 million, money that was later turned over to the FBI.

These actions prompted the company to stop driving through Kansas and halt all business operations in San Bernardino County, CA – the largest in the U.S. It has also lost customers due and put the kibosh on rolling out any new services in other states because of these incidents. Should these incidents continue, as there is every indication they will, the company claims it will face difficulty continuing to do business – something that will hamper state-legal cannabis operations. The company noted that there wasn’t a single incidence of a driver being issued a traffic citation in any of the stops – something the company says supports its case that the initial reasons for stops were dubious.

An FBI spokesperson declined to comment to the press on pending litigation. In a response filed in court, the DOJ asserted the company lacked standing to file the lawsuit, as it is merely transporting money owned by the cannabis companies, not losing money itself.

The sheriff of San Bernardino responded on Twitter to an initial report of the lawsuit, saying more than 80 percent of marijuana is grown illegally, and that such operations have adversely impacted quality of life for residents in the county. He said he’s confident that the facts of the case are on the side of his officers.

While this case is being closely watched, it’s worth noting that President Joe Biden has thus far not issued any public guidance to his DOJ about how to navigate conflicts between federal and state marijuana laws. When he was a presidential candidate, a spokesman told the media that Biden would allow states to make their own calls on legalization, though he did intend to push for rescheduling the drug from its current Schedule 1 status (the most restrictive) to Schedule 2, making it easier to study. That has not yet happened.