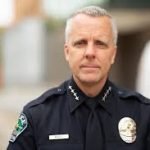 The day after the Austin City Council unanimously approved stopping arrests and tickets for low-level marijuana cases, police chief Brian Manley said he will continue to enforce such laws. Reports the Texas Tribune.

The day after the Austin City Council approved a resolution to stop arresting or ticketing people for most low-level marijuana possession offenses, the police chief made clear he had no plans to do so.

“[Marijuana] is still illegal, and we will still enforce marijuana law if we come across people smoking in the community,” Chief Brian Manley said during a news conference Friday afternoon.

Although cracking down on those in possession of small amounts of marijuana has never been a priority for the department, he said, police will continue to either issue tickets under the city’s “cite-and-release” policy or arrest people if officers “come across it.”

The difference, according to City Council member and resolution sponsor Greg Casar, is that the council’s move now guarantees those actions will come with no penalty. Tickets will be meaningless pieces of paper, and any arrests will result in a quick release with no charges accepted from prosecutors, he told The Texas Tribune after the news conference.