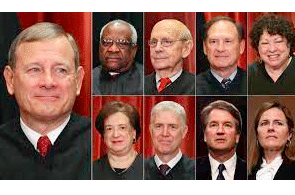 New York, NY: Lawyers are petitioning the Supreme Court to rule on the issue of whether employees can be reimbursed for their medical marijuana-related costs through their workers’ compensation insurance plans following divergent rulings from various state supreme courts.

A friend-of-the-court (amicus) brief filed on behalf of Empire State NORML and two other groups – the New York City Cannabis Industry Association and the Hudson Valley Cannabis Industry – is urging justices to take the case and to use it as an opportunity to settle broader conflicts between state and federal marijuana laws. The brief reads, “Upholding the supremacy of the designation of cannabis under the CSA [Controlled Substances Act] is futile when the coordinate branches of government have affirmatively promoted and protected state medical cannabis programs. … [T]he doctrine of estoppel is needed to end the nullification crisis and to protect those who relied on the guidance of federal officials and agencies and engaged in the cannabis industry despite federal illegality.”

David C. Holland, Esq, the Executive and Legal Director of Empire State NORML and author of the brief said: “The United States Supreme Court needs to step in and hear this case to resolve not only the split amongst state supreme courts regarding medical cannabis reimbursement laws, but also whether the Schedule I classification of cannabis under the federal Controlled Substances Act is still enforceable in light of the 25 years of flourishing medical programs in [the majority of] states. Refusing to hear the case not only prolongs that uncertainty, but also provides no definitive answer to the issue of preemption of state medical marijuana laws as a result of that continued Schedule I status.”

In the case in question, Musta v. Mendota Heights Dental Center and Hartford Insurance Group, the Minnesota Supreme Court held that employees are ineligible for reimbursement because cannabis remains classified as a Schedule I controlled substance under federal law. That determination is inconsistent with a separate ruling issued this year by the New Jersey Supreme Court which held that the use of cannabis is eligible for reimbursement under the states’ workers’ compensation laws because both state and federal marijuana laws can “coexist.”

In all other jurisdictions, the law is either silent on the issue or states that insurers are “not required” to reimburse employees who are injured on the job for the costs related to their use of medical cannabis.